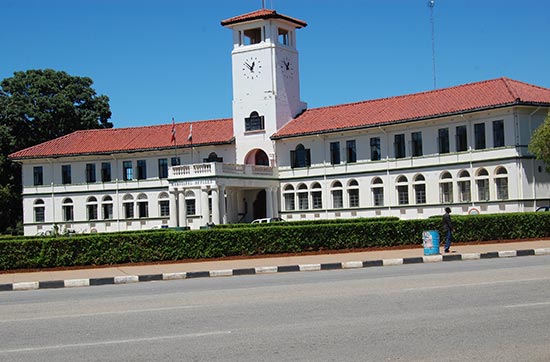 GWERU City Council owned beer concern, Go-Beer Breweries, is reeling under a $2, 6 million deficit owing to operational challenges, Newzimbabwe.com has learnt.
Council shut down Go Beer in July last year after it emerged that the liquor undertaking had been financially straining the local authority.
City deputy director of finance, Onwell Masimba, told a special council meeting on the state of affairs of the brewery that it (Go Beer) needed viable strategies to attract investors if the beer concern is to be revamped.
“Go Beer is in big deficit amounting to $2, 6 million with the state of equipment and machinery at the brewery being obsolete and dilapidated,” Masimba said.
“If we are to revive the beer concern there is need for an open strategic partnership with potential investors who should be furnished with the correct information on the state of affairs at the brewery.”
After the brewery was closed six months ago workers were forced to go on unpaid leave with a few others absorbed by the parent municipality in various departments.
The local authority has over the years taken over the company’s debts and absorbed staff, deploying them in various departments after they went for years without being paid.
Last year the messenger of court attached 300 cattle belonging to Go-Beer to settle outstanding salary arrears.
In 2014 the Local Authorities Pension Fund took Go-Beer Breweries to court over an estimated $200 000 pension fund debt.
The organisation claimed Go-Beer had not been remitting workers’ pension contributions since 2010.Advertisement