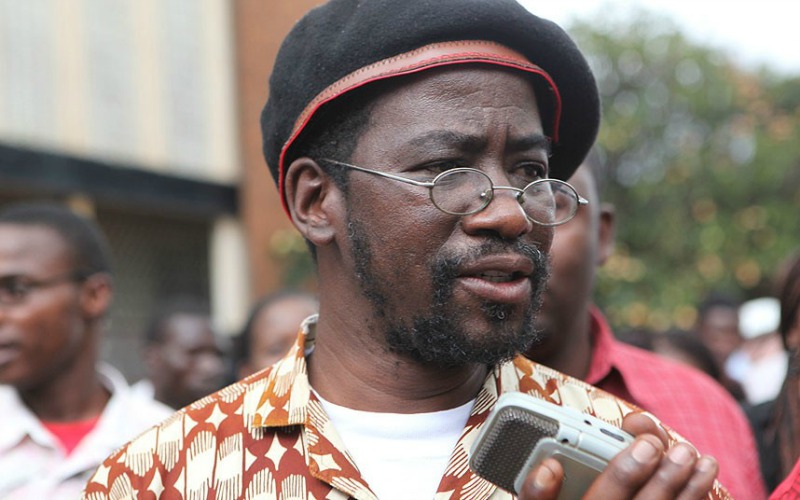 ZIMBABWEANS must not be fooled by Econet founder Strive Masiyiwa when he talks about national interest as he was only concerned about profits, International Socialist Organisation (ISO) leader and firebrand trade unionist Munyaradzi Gwisai has said.

He was addressing politicians, civic leaders, among other delegates to a conference organised by SIVIO Institute (SI) International Summit in Harare on Wednesday.

The platform was for Zimbabweans to exchange objective views on their current challenges.

Said Gwisai, “Masiyiwa has become a billionaire by exploiting Zimbabwean workers and using the advancement of technology.

“Strive Masiyiwa and Tsitsi (his wife) where worth less than US$500 million at the end of 2017 or beginning of 2018.Today, one year later, and as a result of this world advanced bidding of Ecocash, Strive Masiyiwa’s net value now is at least US$1.4 billion.

“But the same Strive Masiyiwa is at the forefront of fighting for casualisation of labour, outsourcing labour, fighting trade unions, fighting the right to strike and in ensuring that workers are paid peanuts.

“So this is the exactly fundamental contradiction of capitalism that cannot be resolved by giving the lead power to this class to lead the society, its interest and its profits does not allow to play this role including allowing 4th industrial revolution to take place.”

The founding former MDC MP for Highfields said Masiyiwa’s self-serving ambitions were being exposed through his close links with African dictators.

“Strive Masiyiwa has now expanded with his liquid company from Cape to Cairo and he is now going to do the same across West Africa.

“Strive Masiyiwa said the person he thanked most for allowing him to expand is Paul Kagame when he was AU chairperson. That butcher and dictator of Rwanda is the one who facilitated him to do the project.

“Strive Masiyiwa now says that ‘I am thankfully General Sisi (Egyptian President)’ the incoming chair of AU. The butcher of Cairo is his friend.

“Strive Masiyiwa, John Moxon have greater relationship with Kagame with Bill Gates than with peasant and workers of this country, their vision is a vision of global exploitation.”

Gwisai said Zimbabweans must never take Masiyiwa seriously when he talks about their interests.

“He is a capitalist whose interest are profits through the exploitation of labour.

“So for that reason, the only way forward can only be one of social war, social revolution led by the working class as the way forward,” he said.

Lately, Masiyiwa has given his endorsement of President Emmerson Mnangagwa’s government, saying he believes the Zanu PF leader who won a disputed election in July is “sincere”.

Masiyiwa also called for sanctions imposed by the United States to be removed, saying they were not justified.