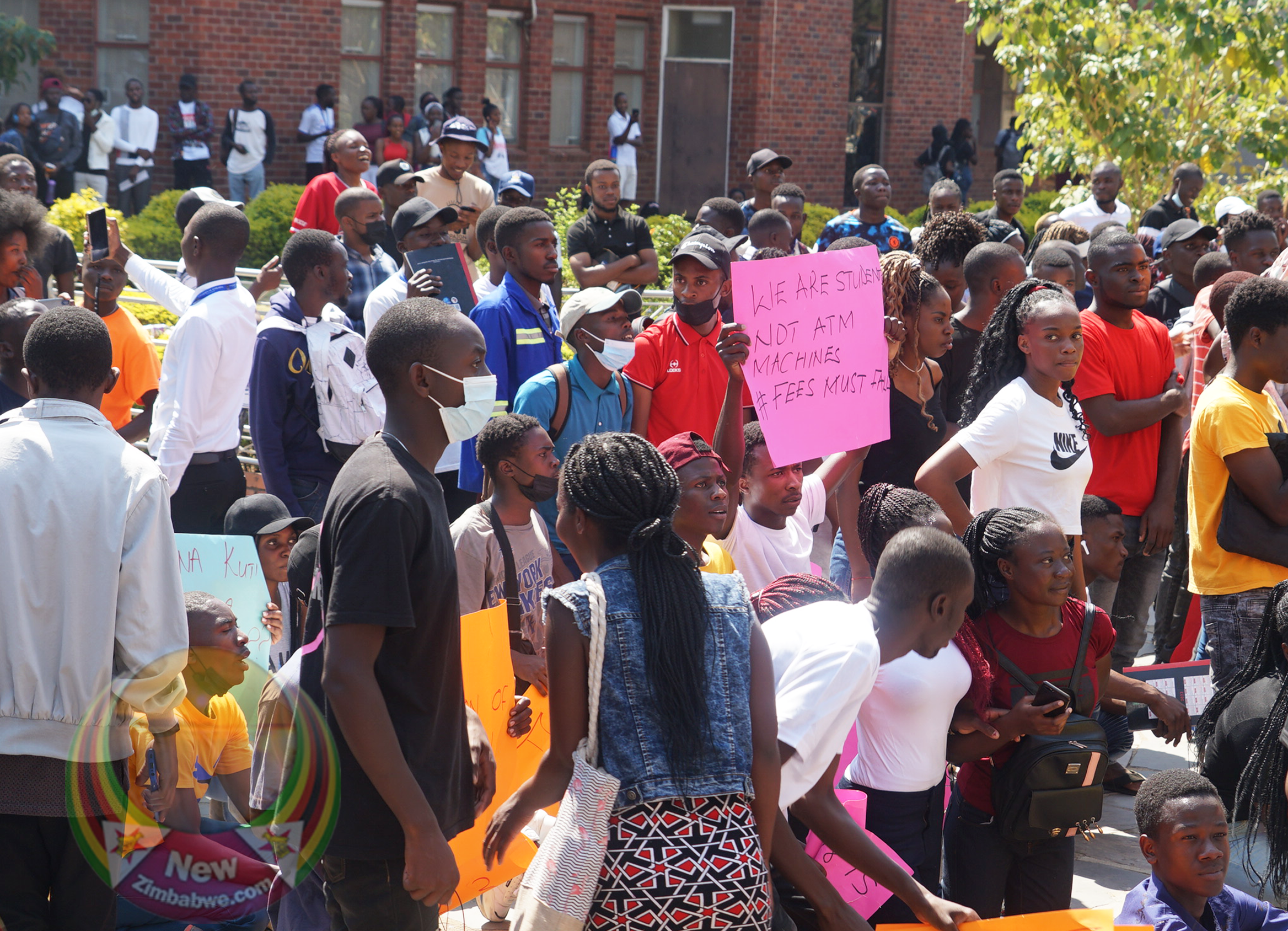 SIX Great Zimbabwe University (GZU) students were on Monday arrested for allegedly demonstrating against a recent fees hike by the institution.

The Zimbabwe Republic Police (ZRP) pounced on the students on their way to handover a petition to the Vice Chancellor Professor Rungano Zvobgo.

They were released after the intervention of Zimbabwe Lawyers for Human Rights (ZLHR) and three of them were fined.

Advocate Phillip Shumba was representing the students and confirmed the release to NewZimbabwe.com.

“They were charged with criminal nuisance and three of them were fined ZWL$2 000 each whilst the other three were released,” said Shumba.

Zinasu Masvingo chapter spokesperson, Tadiwa Mushonga bemoaned the attack on students saying their concerns are genuine since they can’t afford the pegged fees.

“We have made it clear from the onset that we can’t afford the fees because our parents earn peanuts but in the process we are attacked by police officers who think that we are being sent by the opposition party. Our concerns are genuine and reflect all students’ worries,” said Mushonga.

However, following continuous engagements between the Students Representatives Council (SRC) the institution settled for ZW$$270 000 and ZW$$300 000.