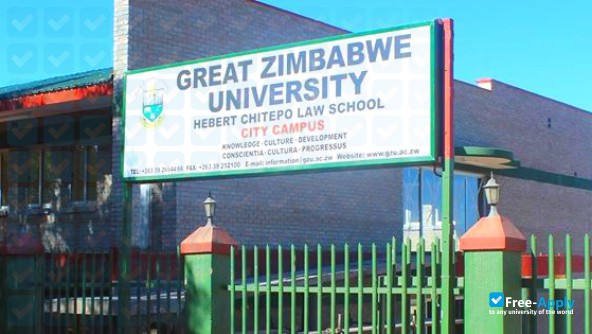 The money was meant to buy toiletries for inmates at Mutimurefu maximum prison in Masvingo who assisted in clearing an area identified by the SRC for a student resource centre in Mucheke, as a token of appreciation.

The students were put on five year suspensions and barred from entering the institution over the same period for among other things demanding explanations and evidence that indeed the money had reached its intended beneficiaries.

After approval of the US$1 000 donation (Reference number  Jnl RTGDec005) by GZU vice chancellor Rungano Zvobgo, dean of students  Sarafina Mudavanhu is alleged to have connived with the university bursar to deposit the money in her personal account.

Inquiries by the student leaders regarding status of the donation resulted in a number of allegations being leveled against the members, chief among them being causing violent revolts that rocked Mashava campus.

They arraigned before a disciplinary hearing and found guilty of breaching section 3.1.4  of the GZU laws, leading to their suspensions.

GZU spokesperson Anderson Chipatiso initially said he was not  aware of any such embezzlement of university money before changing tact after being shown the donation’s  paper trail.

He then said the donation failed to take place as the SRC members were in disagreement on how to proceed with the donation.

“The donation failed to take place because those members of the SRC did not agree on the criteria they will use in forwarding the donation and I am certain the money has since been returned to the university,” he said.

Former GZU SRC president Micheal Taderara said they were being victimised for exposing corruption at the state university.

“I was studying politics and public administration in my third year when I was slapped with the suspension letter after we raised issues against the dean of students,” said Taderara.

“We were only fighting for what is right and trying to make the university come back to its founding principle of being transparent but we ended up being  suspended  for exposing corruption which was being done by the university’s members of staff.”

Construction of the students’ resource centre was approved in 2018.