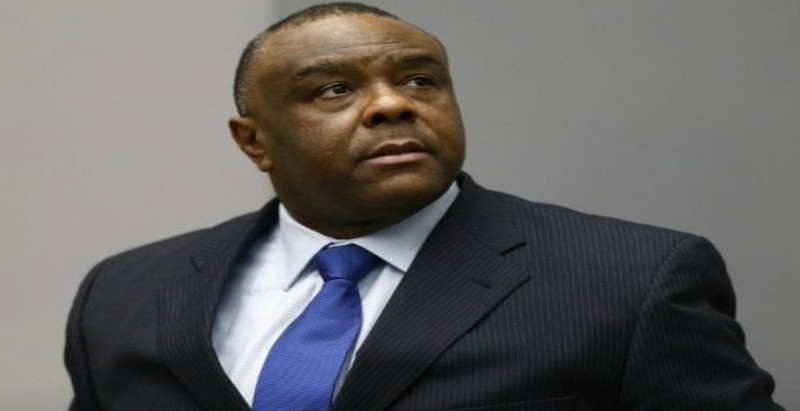 International judges Tuesday ordered the interim release “under specific conditions” of former Congolese vice president Jean-Pierre Bemba who was acquitted last week of war crimes after a decade behind bars.

“Today… the International Criminal Court ordered the interim release under specific conditions for Mr Jean-Pierre Bemba,” the Hague-based tribunal said in a statement.

“Taking into account all relevant factors and the circumstances of the case as a whole, the Trial Chamber considers that the legal requirements for continued detention are not met,” the court said.

The heavy-set Congolese politician was acquitted on appeal on Friday by the Hague-based court, which said he could not be held criminally liable for crimes committed by his troops in the Central African Republic in 2002-2003.

The surprise decision came after Bemba, 55, had been sentenced unanimously to 18 years in 2016 by ICC trial judges after a decade behind bars following his arrest in Belgium.

Bemba’s interim release relates to a separate case in which he was handed one year in jail and fined $350 000 in 2017 for bribing witnesses during his main war crimes trial.

He lost an appeal against that sentence and the ICC is yet to decide on a new jail term, which carries a maximum of five years. Sentencing is due on July 4.

Bemba’s lawyer Peter Haynes said his client planned to return to Brussels to be united with his wife and five children.

But the ICC’s judges allowed the former rebel commander-turned-politician to leave the court’s detention unit at a Dutch prison in The Hague only if he adhered to strict requirements.

This included “surrendering himself immediately to relevant authorities” if asked by the court, refraining from making public statements on the case, not changing his address without prior notice and not contacting any witnesses.

The ICC’s judges added the Congolese politician retroactively served “80% of the maximum possible sentence” therefore it was “disproportionate to further detain Mr Bemba merely to ensure his appearance for sentencing.”

The 18-year sentence in Bemba’s main case was the longest ever to be handed down by the Hague-based court.

Then, judges found Bemba – nicknamed “Miniature Mobutu” – guilty on five counts of war crimes and crimes against humanity committed by his private army during a five-month rampage in the neighbouring CAR.

Bemba had sent his militia, the Congolese Liberation Movement (MLC) – a rebel force that he later transformed into a political organisation – into the DRC’s northern neighbour in October 2002 to quash a coup against the then president, Ange-Felix Patasse.

The trial was the first before the ICC to focus on sexual violence as a weapon of war.

It was also the first to determine whether a military commander bore responsibility for the conduct of troops under his control.

Bemba’s lawyers argued their client should be provisionally freed.

“Mr Bemba is not a flight risk… and will adhere to all conditions set down by this court for his release,” Melinda Taylor told a three-judge bench.

“There is no legal or objective justification to separate Mr Bemba from his family for one day longer,” she said.

Lawyer Haynes said his client was bound to travel to the Belgian capital “within the next 24 hours but it wouldn’t be a case of him walking straight out the detention unit into a taxi and being in Brussels in a couple of hours”.

It was not yet known if the former Congolese leader planned to return to the vast central African country following his release.

His acquittal came amid mounting tensions in the run-up to scheduled presidential elections on December 23.

Bemba had unsuccessfully opposed President Joseph Kabila in elections in 2006. After his militia clashed violently with government forces in 2007, he was forced out of the DRC but retains a groundswell of support.

Asked whether Bemba had future political plans, Haynes said: “He’s never given up on his political ambitions.”

“His attitude to his current (situation) is very much to take it one step at a time.”