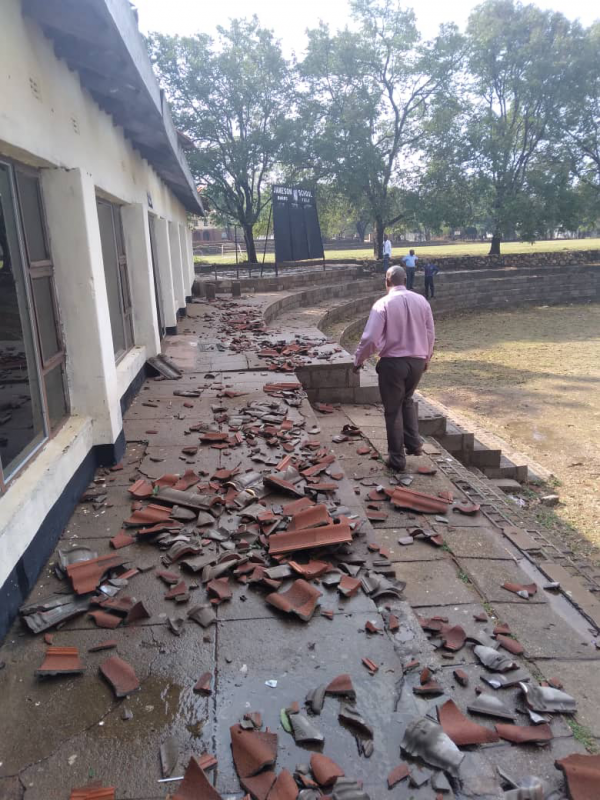 SCORES of learners at Jameson High School in Kadoma escaped unhurt after a hailstorm swept off the roof of a girls’ dormitory Wednesday afternoon.

Sources told NewZimbabwe.com the heavy rains accompanied by strong winds damaged the asbestos tiles, but fortunately no one was injured.

School authorities were frantically trying to pacify panicky parents of pupils enrolled as boarders after news and pictures of the incident circulated.

An official, who requested anonymity, said the damage was extensive.

“I am unable to put the quantum of damage to our infrastructure, but what l can safely say is that the roof was extensively damaged and the girls’ hostels will not be habitable for the time being,” the official said.

Heavy downpours have been recorded in many parts of the country lately, potentially signalling the onset of the rain season, although the Meteorological Department forecasts otherwise.