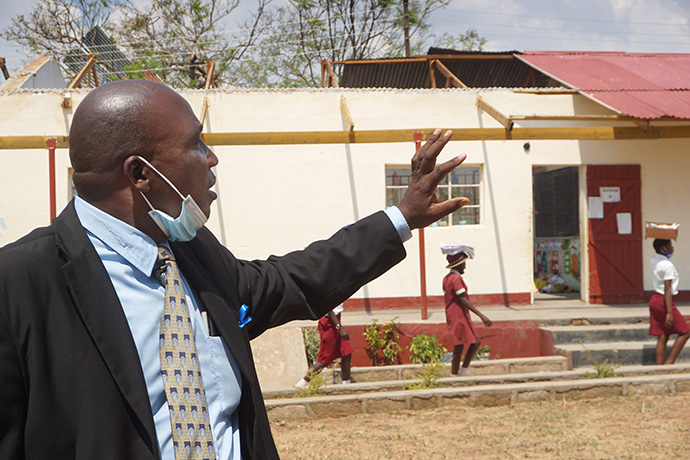 HEAVY rains accompanied by strong winds, which have been pounding the Midlands province in recent days, have left a trail of destruction in their wake.

Two schools in Zhombe were ripped apart while pupils and teachers had to scurry for cover under furniture as the hailstorms wrecked havoc.

No fatalities have so far been recorded.

“We have received reports that hailstorms destroyed two schools St Joseph Primary School in Ward 23 and Simana Secondary School were ripped apart in the inclement weather.”

The two rural institutions are currently struggling to repair the damaged blocks as they are focusing on national examinations.

“For St Joseph, US$2885 is required to put back the infrastructure while Simana is still ascertaining the extent of damage.

“Schools are struggling to meet the repair costs as they have used their resources in the ongoing national examinations,” he said.

Mupungu, who is also the chairperson of the Cvil Protection Unit in Kwekwe, encouraged authorities to maintain infrastructure so it withstands heavy rains and winds.

“I am going to engage the District Schools Inspector to engage his schools and ensure that schools maintain their infrastructure,” he said.

In a related incident, Ward 9 Councillor, Emmanuel Sibanda reported similar hailstorms flattened homesteads in his ward, but fortunately noone was hurt.

“I can confirm that hailstorm destroyed some homesteads here in Zhombe. We thank God no lives were lost,” said Sibanda.