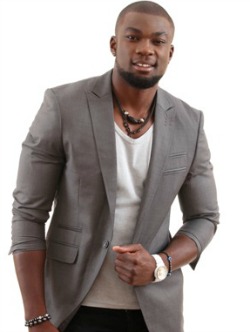 HAKEEM Mandaza and Pokello Nare, Zimbabwe’s representatives in Big Brother Africa: The Chase, are both up for eviction from the two houses this Sunday.
After spending a month in the game, this is their second time to be put on the chopping block after Pokello was saved by Head of house last week.
This week, she was initially not up for eviction from the Rubies House, but Head of House Feza (Tanzania) saved Zambia’s Sulu and put Pokello in his place.
Feza and Pokello were once friends, but that has since changed because according to Feza: “There is a thin line between friends and enemies in the BBA house”.
In the Diamonds House, Head of House Nando (Tanzania) had been put up for eviction so he decided to save himself and put Maria (Namibia).
This means housemates who are now up for eviction from the Diamonds House are Maria, Annabel (Kenya), Dilish (Namibia), and Hakeem.
From the Rubies House, Pokello is up against Bolt (Sierra Leone) and Natasha (Malawi).
Two housemates with the least votes will be evicted on Sunday evening.
Zimbabwean and Namibian housemates are in danger because each time two housemates from one country have been put up together for eviction, the results have not been impressive.
Two weeks ago, Angolans Neyll and Biguesas were both evicted after receiving the least votes.
Last Sunday, Botswana’s Motamma and O’neal were both up and Motamma was evicted after receiving no vote.
To survive eviction, a housemate always needs a vote from their country to at least have a starting point.
On Sunday for example, three housemates Betty, Bolt and Elikem all had one vote from their countries, but tie-breaker rules were applied and the housemate with the lowest average percentage across all countries was evicted, therefore Betty was evicted.
Hakeem and Pokello’s votes are likely to be split because most of the countries which saved Pokello when she was up for eviction are the ones which saved Hakeem also.
Meanwhile, Zambia seems to be rallying behind Hakeem as he is playing the role of their in-law in the House as he is having an affair with Zambian lass, Cleo.
Pokello, on the other hand, may get a vote from Ghana again as the Ghanaian housemate, Elikem fancies her.
Hakeem did not seem surprised by the nomination results on Monday evening as he, somehow, knew he would be up for eviction this week.Advertisement

He was not a hit during the housemates nomination session on Monday morning as most housemates stated that he liked attacking people.
During the weekend, Hakeem had a fight with Dillish, something which did not go down well with most housemates who nominated Hakeem.
Twenty housemates are left in the chase with Uganda and Angola out of the game completely.
South Africa, Botswana and Kenya are left with one representative each in the house.