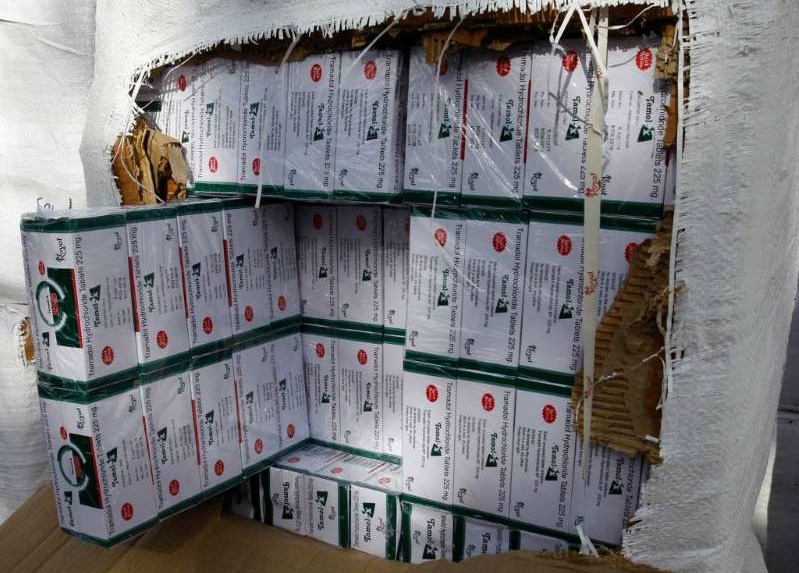 Nigerian authorities have seized over half a billion tablets of Tramadol, a pain relief drug, in two high-profile raids at the country’s biggest port over the past week.

The tablets were found in 33 containers that had been flagged by the National Drug Law Enforcement Agency. The agency says there are 39 more flagged containers yet to be searched.

The high number of tablets suggests Nigeria has become a transit hub through which the tablets are smuggled into neighbouring countries—and it also highlights the scale of Nigeria’s opioid abuse problem.

Indeed, there’s a willing Nigerian market of young people increasingly experimenting with and getting hooked on opioids and unconventional mixtures to get high. Even though Tramadol is primarily a pain relief drug, non-medical use can produce similar effects to the high caused by heroin.

Like heroin, Tramadol binds to opioid receptors in the brain and spinal cord and produces euphoric effects when the drug is taken at higher doses than medically prescribed.

Unlike several other opioids, Tramadol is not internationally regulated and available for cheap (less than $1) at Nigerian pharmacies, which do not require prescriptions.

The lack of international regulation also means Tramadol production and distribution has gone on unperturbed in countries like China and India, which have become leading global exporters.

The pain relief drug is also flooding other African cities including Cairo and Accra. Indeed, the US State Department declared Benin the world’s second largest destination for Indian Tramadol in 2016.

But Tramadol is not Nigeria’s only worrisome opioid. Codeine-based cough syrups, sold locally for as cheap as $3, are also being widely consumed and are available largely due to corruption at major pharmaceutical companies.

Nigeria’s government took a public stand in May with a ban on importing and producing codeine-based cough syrups but search finds show that the ban has not been effective: over 1,000 packets of codeine were seized in a random search in a city in Nigeria’s southeast last week.

These seizures aren’t likely to put a major dent in Nigeria’s supply of illegal opioids. But they do show up how enormous the market for such drugs has become.