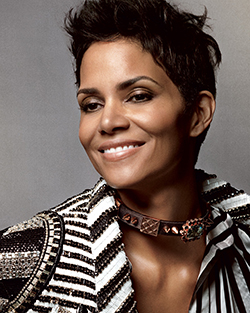 US actress Halle Berry has filed for divorce from French actor Olivier Martinez after two years of marriage, US media reported Tuesday.
“It is with a heavy heart that we have come to the decision to divorce,” the couple said in a joint statement to People magazine.
“We wish each other nothing but happiness in life and we hope that you respect our and, most importantly, our children’s privacy as we go through this difficult period.”
The couple have a two-year-old son together.
They met in 2010 while filming the action thriller “Dark Tide” and three years later tied the knot at a ceremony in his native France.
The Oscar winner and former Bond girl, who is 49, also has a seven-year-old daughter with ex-boyfriend and model Gabriel Aubry.
Martinez, 49, gained fame in the 1990s after starring in several French films that earned him a Cesar award for most promising actor.
He has been linked in the past to several models and actresses including US actress Mira Sorvino and Australian singer Kylie Minogue.Advertisement