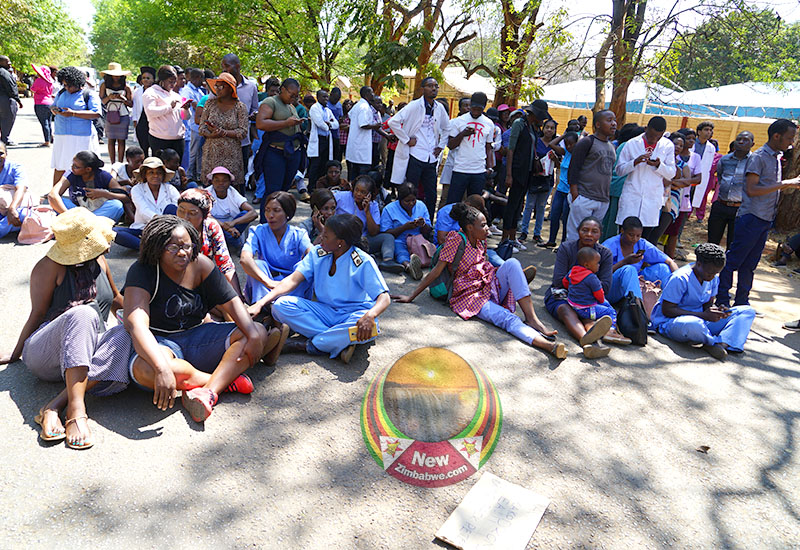 The country’s public health system has virtually collapsed after medical personnel under the Zimbabwe Hospital Doctors Association (ZHDA) called for a tools down in September demanding a review of their salaries and allowances at the prevailing interbank currency rate.

ZHDA has rejected a 100% salary and allowance review from the Health Service Board (HSB).

In a letter addressed to the Ministry of Health, the Senior Hospital Doctor’s Association (SHDA) expressed their dissatisfaction over government’s failure to resolve their problems in what has resulted in what they described as “silent genocide”.

“As doctors, we work as a team. We need junior and middle level doctors to be able to function.

“We are against the victimisation of our junior colleagues through hearings and threats of suspension and yet they are finding it difficult to come to work because of poor earnings,” read the letter.

“Their incapacitation must be resolved.”

Government has summoned many of the striking junior doctors to disciplinary hearings that were set to begin November 1. However, the ZHDA, Thursday said its members did not have fares to attend the hearings.

Like the junior doctors, SHDA want improved working conditions, salaries pegged at the prevailing interbank rates and the termination of flexible working hours for nurses and other hospital staff.

In February this year, government requested that hospitals put in place, fewer working hours for nurses in order to reduce high transport costs but this has left a heavy workload on doctors.

The senior doctors added that they were totally against the implementation of Public Private Partnerships which they claim are riddled with corruption and aim at making profits, not helping the patient.

According to SHDA, the partnerships have resulted in higher medical costs which the ordinary citizens will not afford.