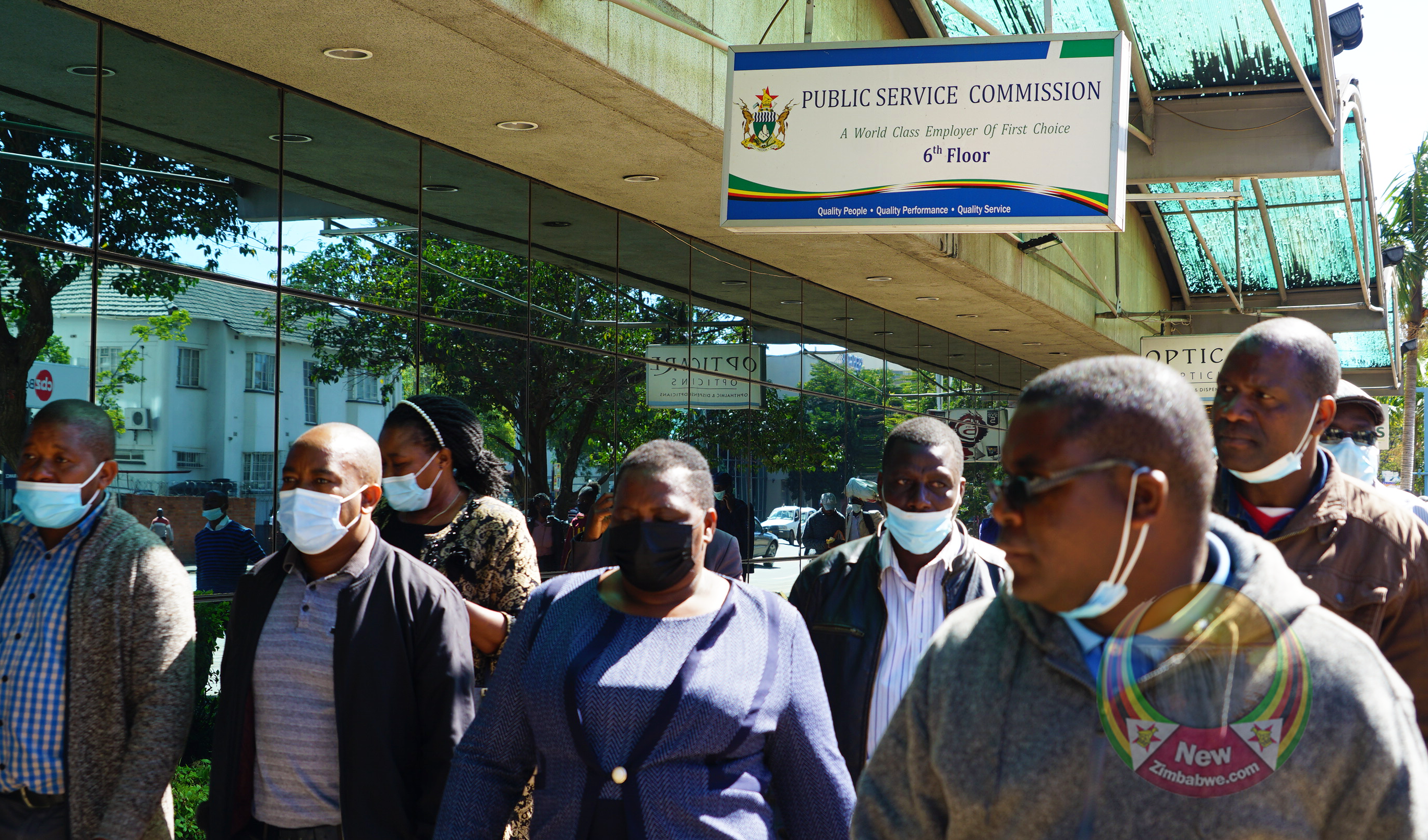 Representatives of the unions on Tuesday defied police attempts to stop them from handing over a petition to Public Service Commission (PSC) chairman Vincent Hungwe at his offices at the National Social Security Authority (NSSA) building in Harare.

The civil servants said they want the government to recognise PSMAS as a mutual society formed and wholly owned by members who are mainly civil servants.

The workers condemned the government for cancelling the PSMAS Annual General Meeting (AGM) last week and also alleged attacks on union leaders by police a among several other allegations.

“PSMAS was formed by workers and it is for workers. Yes, they pay a percentage for us towards our medical aid but it does not necessarily mean that they are also members.

“The 80% by the government and 20% paid by us to PSMAS is a condition of service. Anything to do with the PSMAS should be discussed with us at the National Joint Negotiating Committee (NJNC).”

She dismissed allegations that the unions were failing to run PSMAS blaming the current economy problems for the challenges facing the medical aid society.

Civil servants are failing to access health services due to the continuous devaluation of the ZW$ against the United States dollar.

“The monthly subscription is sub-economic and was last reviewed in 2020,” said Alexander.

“Everything has gone up but the salary has remained stagnant. Government has not been forthcoming on our grievances, refusing to discuss with us.”

Another union leader Raymond Majongwe chipped in saying police officers should stop harassing civil servants who are also fighting for their salaries’ and other benefits.

“Police details came here as early as 0500hrs in full force on Monday against unarmed people with a legitimate case with their employer. Their presence has threatened many of our people. We have not committed any offence,” he said.

“Our petition is just a simple clarion call to the government that hands off our baby. This is our entity. We created it and we believe we have expressed reservations to guard it jealously. PSMAS belongs to the workers.”