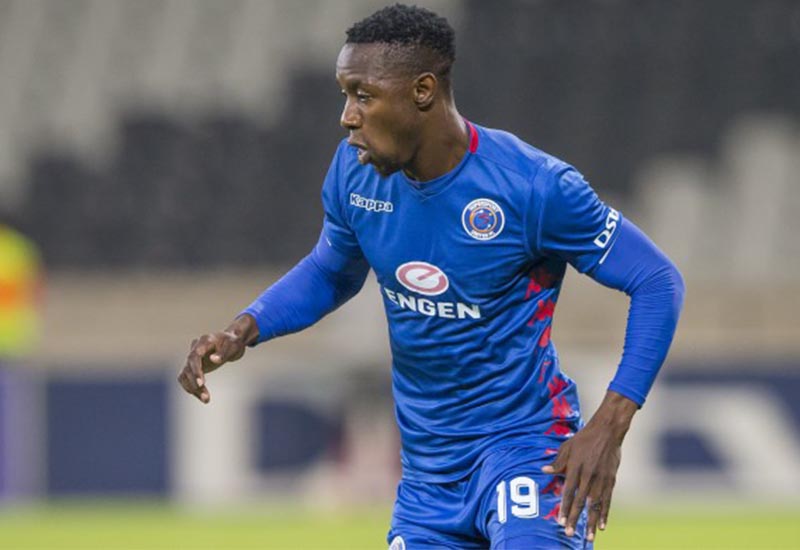 SUPERSPORT United chief executive Stan Matthews has warned rival clubs that the club’s top striker Evans Rusike is not for sale as the South African Premier Soccer League’s top guns line up for the Zimbabwe international ahead of the start of the 2019/2020 season next month.

There has been plenty of speculation in the South African media around Rusike’s future in recent weeks‚ with Mamelodi Sundowns‚ Kaizer Chiefs and Orlando Pirates having all been linked with the signature of the Zimbabwean forward.

But Matthews said the 29 year-old player will be going nowhere as the club was in the process of strengthening their squad which is coached by former Zimbabwe international Kaitano Tembo.

“Rusike is not for sale‚” Mathews told South African media.

“We are adding four players to our squad‚ we are not selling anyone.”

That would appear an emphatic statement as SuperSport seeks to improve on their sixth-place finish last season and return to being title contenders.

Rusike joined the club in January 2018 from Maritzburg United as a replacement for Jeremy Brockie‚ despite their different styles.

The 29-year-old has managed seven goals in 31 appearances for Matsatsantsa since‚ though last season he was often used out wide as more of a winger.

At the start of the campaign, he was in fine form as he netted four goals (plus two assists) in the first six PSL matches, as well as scoring against Orlando Pirates in the MTN8.

This excellent form came on the left of a front three where he could cut inside and did not have significant defensive duties.

However, his form took a nosedive when SuperSport switched to a two-striker formation in the second half of the season, after Mxolisi Macuphu arrived to partner Bradley Grobler upfront.

This switch meant that Rusike had to play as a hard-working left sided midfielder, often dropping back to defend and sticking to the touchline. In his last 18 PSL appearances, he netted only one goal.

Overall he has 28 goals in 121 appearances in the South African Premier Soccer League.

Rusike was part of the Zimbabwe squad which recently participated at the Africa Cup of Nations tournament in Egypt.

A disappointing display by the Warriors in their final game against DR Congo saw them exit the tournament having collected only one point in three games in Group A.