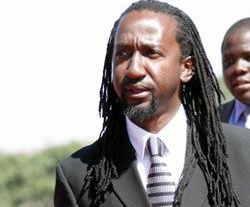 ZANU PF is likely to turn its attention back to the development agenda after the December elective congress, as the ruling party battles to contain rampant factionalism that threatens to tear apart the revolutionary party.
Currently, the party is preoccupied with the succession issues, as senior officials are positioning themselves to succeed President Robert Mugabe, who has been at the helm of the party and the country for more than three decades.
However, Zanu PF politburo member, Patrick Zhuwawo, addressing journalists at the Bulawayo Press Club on Tuesday revealed that the ruling party will likely focus on the implementation of ZimAsset after congress.
“The developmental discourse as it currently stands seems to have been taken over by discussions around factionalism.
“As a player I’m actually confident that after the Zanu PF congress we will almost focus on the developmental discourse because I believe Zanu PF will find a way in which to perform the surgery that is needed to get rid of the cancer of factionalism,” Zhuwawo said.
Zanu PF heads for congress in December and a new leadership will be chosen. President Robert Mugabe is already assured to retain his post as first secretary.
After romping to a resounding electoral victory in July last year, Zanu PF crafted a new economic blueprint, ZimAsset, meant to spearhead the turnaround and development of the economy over the next five years.
Critics have condemned the economic blueprint to the same dustbin with other failed economic blueprints such as ESAP, ZIMPREST among others.
The country’s comatose economy has hampered the implementation of ZimAsset which government says needs about US$27 billion to fund projects under the macro-economic policy.
Zhuwawo, who acknowledged the existence of factions within the ruling party, said it was forcing them to focus on personalities instead of issues that are affecting the country.
“Factionalism has now created a breed of political entrepreneurs who develop issues specifically so that they can go to this so-called factional head and say Chief you have our support,” he said.Advertisement