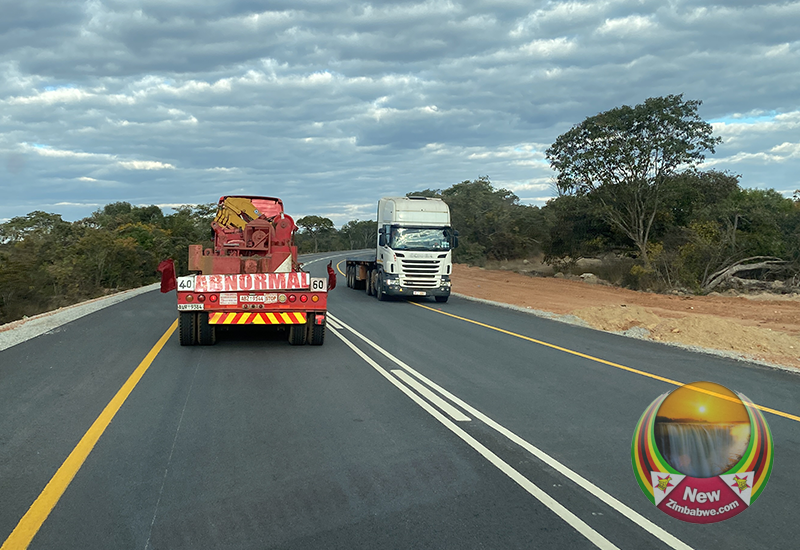 CONSTRUCTION works on the Harare-Beit Bridge highway could come to a halt, amid revelations the company contracted with supplying bitumen and cement is set to shutdown.

This was revealed during a recent media tour of major government projects in Masvingo.

Addressing journalists on the progress being made and challenges faced during the tour, road works consultant engineer Finale Mapurisa said they were facing an erratic supply of both bitumen and cement which needed urgent attention.

“Recently Netfrex (sp) announced that it is shutting down, a company where all the contractors have been sourcing bitumen in South Africa, so it is going to negatively impact progress of the project,” Mapurisa said.

“We are also facing erratic supply of cement which is affecting our work because we use a lot of cement to stabilise the sub base.

Erratic supply of these critical materials has also negatively impacted the construction of bridges and box culverts.

Contacted for comment transport minister Felix Mhona declined to comment on the matter saying it is still hearsay.

“I would not want to comment on hearsay issues. I am contacting the permanent secretary to hear where he got authority to talk comment about that issue. All contractors are still on the ground, so why do we then anticipate a shortage,” said Mhona.

Over 300km have been rehabilitated so far under government’s Emergency Road Rehabilitation Programme (ERRP).

Five companies have been contracted to construct the major highway which is arguably the busiest road in the country.