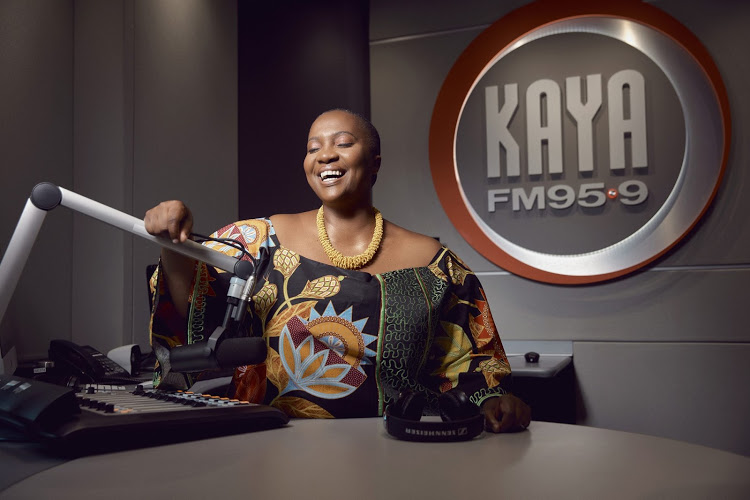 THE family of popular Johannesburg doctor and DJ Sindi van Zyl announced her death on Saturday.

The former Kaya FM presenter, who had been in hospital since February after being diagnosed with Covid-19, was unable to celebrate her 45th birthday a week ago.

The family statement said: “The Van Zyl family humbly thank everyone who stood together with them recently to help raise funds for Sindi’s hospital bill, in addition to the national outpour of prayer, love and support for her.

“Sadly she passed away on Saturday morning April 10 in Johannesburg while in hospital.

“Affectionately known by her friends and family, she was a great doctor, true friend and sister. Her love for family, friends, work and community is well known.

You will be sorely missed…you were a GOOD person through and through Sindi .
A life wonderfully lived touched sooo many people.
Condolences to the family.
You exuded love and were loved in return.
Rest in peace https://t.co/3ERh8Jjhs0 pic.twitter.com/zi76O9TGtT

“Sindi always offered support and great advice to educate those around her. Not only was she a beacon of love and light on her Kaya FM show Sidebar with Sindi and all her social media platforms, but she genuinely loved and gave endlessly to all she knew with grace and kindness. She modelled the love and grace that she knew in Jesus.

“She leaves behind her dear husband Marinus and beautiful children, Nandi and Manie.

“The family humbly request that you respect their need for privacy as they go through this difficult period of grieving, and ask that you keep them in your prayers.

“They are deeply thankful for all the personal messages of love and support. They are felt and appreciated.”

The statement said details of a memorial service and funeral will be confirmed at a later stage.

A crowdfunding campaign for Van Zyl’s medical bills raised more than R1m after it emerged that she had no medical aid when she was admitted to hospital in February, battling to breathe.

A week ago, Marinus van Zyl told the Sunday Times he was overwhelmed by the response from the public and corporate entities.

“The truth is she was in between medical aids. She didn’t have medical aid when she fell ill. She was still trying to decide which one was best, and she’s the doctor in the home so we all left that to her,” he said.

Van Zyl gained popularity through her activism and talk shows, the most recent of which was Sidebar with Sindi, during which she discussed everything from mental health to sexuality.

She announced her resignation from the show last month on Twitter, sharing a photograph of herself on a ventilator. She has been a long-standing columnist for Bona magazine, writing a column called “Dear Dr Sindi”.

Van Zyl was also well known for her use of social media to raise awareness about HIV-related issues, as well as her Twitter thread on the health implications of abusing headache tablets.

It’s with profound sadness that we confirm the passing of Dr Sindi van Zyl. Beloved by many in and outside the Kaya FM community.

This is the official statement from her family: https://t.co/NmazjpxJSc

Marinus said the family initially thought they would manage her hospital costs, but as time went on the bills mounted and became overwhelming.

“We thought money from mortgaging some of our properties would assist but it wasn’t enough. We needed help. This whole thing makes me so sad I want to cry, but I’m an Afrikaans man raised to be strong and that’s what I’ve been.

Marinus said the family was relying on prayer and faith to keep going, he said. “We are not unrealistic. She is very ill and we are aware of the possibilities,” he told the Sunday Times.

“We want her back home but we know we might not get that. My children and I are always praying, and we hope to see her again on earth, not anywhere else. The children know it’s possible she may pass on, but they have not given up hope.”

Van Zyl was diagnosed with Covid-19 at the beginning of the year and spent seven weeks in intensive care — at a cost of up to R200,000 a week.

According to her website, Van Zl was born and raised in Harare, Zimbabwe. Her mother was from KwaZulu-Natal and her father from Zimbabwe. She moved to SA to study medicine at the University of Pretoria.

“Today Dr Sindi is multi-passioned with medicine as her first love, radio broadcasting her second love and a combination of social media and writing a close third,” her website says.