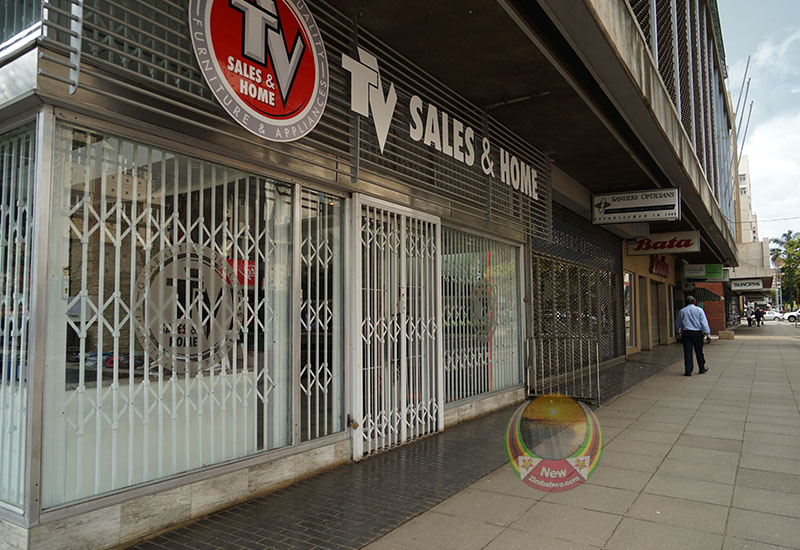 HARARE’S city centre was Friday deserted as the majority of residents chose to stay home while a few thousands heeded a government call to march against the continued imposition of sanctions by the West.

Some owners of trinket shops operating in the city centre said they feared victimisation if they opened their businesses on a day declared a holiday to protest against sanctions.

Only a few people and vehicles were seen in city areas which are usually full of activity during both week days and on other public holidays.

Main supermarket chains such as Pick n’ pay, OK, Food World and Choppies among others were closed.

Vendors who usually flood city pavements selling perishables and other trinkets were also nowhere to be seen.

Only a brave few trading in cell phone chargers, national flags and some car accessories were seen in city spots trying to take full advantage of the absence of competition.

Later in the day, probably after they had observed the mood of the protesters, some few shop owners in downtown Harare opened their grocery shops to attend to a handful customers who were still in the city centre.

The often teeming Fourth Street, Market Square and Copacabana bus ranks were unusually calm with a few kombis and buses carrying passengers to various residential areas in the city.

In Mbare, it was not business as usual as the main markets including Mbare Musika, Mupedzanhamo and Magaba were all closed.

Meanwhile, not too many people attended the much-publicised anti-sanctions march presided over by President Emmerson Mnangagwa.

Some ordinary Zimbabweans met along the streets said they saw no reason to march against sanctions imposed by outsiders when it was apparent government failure was the main source of their troubles.

“There is no reason to march against sanctions. The only sanction we want to remove is President Emmerson Mnangagwa and his government,” said one defiant resident.

The Zanu PF led administration, often accused of corruption, lack of prioritisation and poor economic policies, has heaped all the country’s economic problems on sanctions.