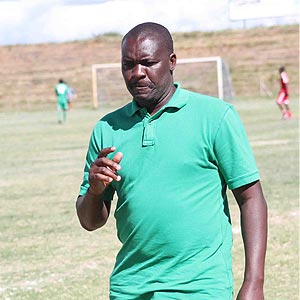 HARARE City coach Taurai Mangwiro has admitted that they have made life difficult for themselves after conceding goals in their 3-2 home win over Malagasy side AS Adema in a Caf Confederations Cup preliminary round first leg match last Saturday.
Adema arrived at Rufaro Stadium with the odds staked against them as City were expected to roll past them.
But after taking a 2-0 first half lead through new signings Ronald Chitiyo and Raphael Manuvire, City slumped to allow Nome Florent and Voavy Kassah to level matters for the visitors.
It had to take Manuvire’s late strike for his brace to save the day for Mangwiro’s side.
“I think we were a bit careless at the back and that manner of defending nearly cost us this game,” he said.
“There was some kind of slack marking and we were punished for their first goal and we were a bit reckless to concede that penalty for their second goal,” Mangwiro said.
“Raphy (Manuvire) did a good job, so as Chitiyo. I would want to look at this result as just a win for us but those goals might come back to haunt us when we go to Madagascar in two weeks’ time.
“That now calls for some extra work from us so that their two away goals will not count in the second leg.”
Mangwiro also said he will not change his squad much for the second.Advertisement