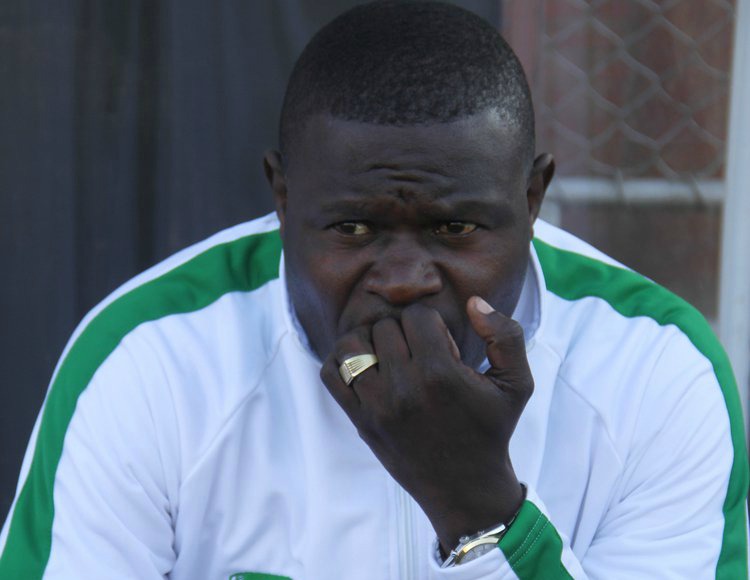 HARARE City will be without the influential trio of captain Marshal Machazane, Ben Musaka and Tatenda Tawengwa for their do-or-die Chibuku Super Cup Group 1 clash against Dynamos at Baobab Stadium tomorrow, but their coach Lloyd Chitembwe is not worried.

Tawengwa was shown a red card in the last match, a bad tempered clash against Herentals, which saw Chitembwe also being ordered to the terraces.

The match ended in a 3-0 defeat for City, a result that Chitembwe blamed on bad officiating.

Machazane and Musaka have both accumulated five yellow cards.

Missing the three for this match was the last thing City needed as they have to get a positive result to have a chance of progressing to the quarterfinals of the competition.

Harare City and ZPC Kariba, who face Caps United at the National Sports Stadium tomorrow, are fighting for one remaining quarterfinal qualifying slot from Group 1. The other slot was secured by Dynamos.

The two matches kick off simultaneously at 11am.

With 13 points, two clear of ZPC Kariba, it is in City’s hands as they just have to equal or better the result in Harare to go through to the last eight, where Craneborne Bullets lie in wait.

But Chitembwe will go into this crucial battle without some of his key lieutenants. The former Caps United coach is calm about it all.

Asked about the effect how the trio’s absence will have in his team’s performance tomorrow, he responded: “Its not a problem at all. This is why we are in football and these are some of the challenges that we are faced with but we have to overcome.”

He added: “This is a chance to give others who have not been playing a chance and see how they react. They have to capitalise on this opportunity and it’s a good thing because they might give a different dimension to how we have been doing things.”

Chitembwe praised his players for their performance in the Chibuku Cup where he said they have “defied odds,” and are on the brink of making it into the quarters.

“I have to give credit to the team. I think these boys deserve a special recognition for what they have done so far. We assembled this team from nothing and they have gone this far. They have worked hard and they do deserve some credit,” he said

But the Harare City gaffer knows that his charges will get the toughest test against a Dynamos side, who are unbeaten in their Chibuku Super Cup campaign.

The Harare giants are unbeaten in their nine matches, with six wins and three draws.

Chitembwe is well aware of the task ahead of him. He heaped praise on his Dynamos counterpart Tonderai Ndiraya, whom he said was building a monster of a team.

The two are close friends, having worked together in the previous Warriors set-up, where they were assistants to Zdravko Logarušić.

“I said it some seven or so months ago and some people didn’t take me seriously. They thought it was just a compliment to someone whom I’m close to,” Chitembwe said.

“Tonde is building a monster of a team and everything that he has achieved so far is not a fluke. He has brought stability to this team. I believe he is the right kind of person for the job. I’m happy for him and the sky’s the limit for him.”

Dynamos might have already qualified for the quarters, but Ndiraya has vowed to finish the campaign on a high.

He wants to maintain his team’s unbeaten run in the competition.

But more importantly, he has said he is using tomorrow’s match to fine-tune his squad for the quarter-final battle against Black Rhinos.

The other quarter-final matchups will see FC Platinum taking on Highlanders, while Ngezi Platinum face off with Chicken Inn.

The matches are scheduled to take place next weekend. At least 2 000 vaccinated fans will be allowed in to watch the matches.