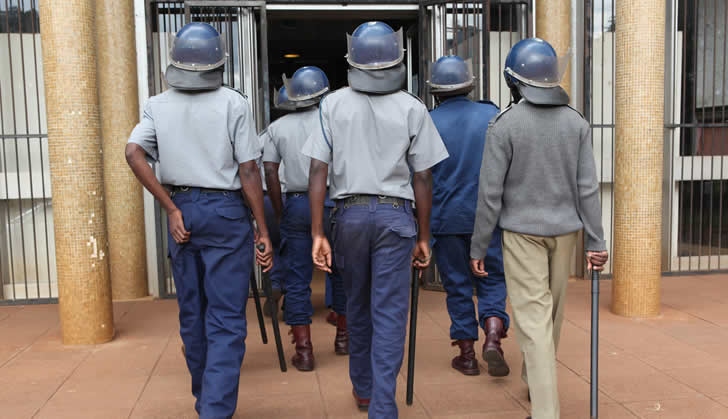 A 34-year-old Harare man recently masqueraded as a police officer and went on to kidnap and rob a woman in the city centre, court heard on Monday.

Court heard he used stolen vehicles as getaway cars while committing the offences.

He was remanded in custody after being advised to apply for bail at the High Court.

According to court papers, Chakabvira committed the offence with five other accomplices who were also dressed in Zimbabwe Republic Police uniforms.

The accomplices are still on the run.

It is state’s case that on April 18 this year, together with one Tanzi Majoni and Enock Mahachi, the gang robbed Enock Makwanda of his vehicle in Acadia.

They later dumped the car after it broke down in Nyazura.

Court heard that, acting in connivance with Howard Wasu and Noah Samakombe, they hired one Moses Mugariwa to transport them from Chegutu to a nearby farm.

Along the way they then robbed him of his vehicle and mobile phone and went on to use his car to commit more offences.

It is alleged that they later dumped the vehicle at Juru Growth Point.

On another day in April, Chakabvira and his accomplices were driving along Robert Mugabe due East when they arrived at Enterprise Road t saw another complainant, Mercy Mubaiwa, talking to an unnamed herbalist around 12 midnight.

It is alleged that they approached Mubaiwa and accused her of loitering before they grabbed and threw her into their vehicle.

Court heard while inside the car, they started assaulting the complainant and took photos of her threatening to call a reporter from a local tabloid.

According to the State, they drove around the city centre with the complainant before they took her to Mbudzi along Harare –Masvingo road.

Prosecutors alleged they ordered Mubaiwa to surrender all her belongings and forced her to transfer $300 from her EcoCash account into Chakabvira’s.

Chakabvira then gave Mubaiwa $1 and ordered her to go home.

All the cases were reported leading to the arrest of the accused.