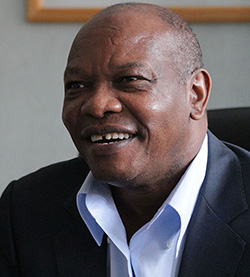 THE Harare International Carnival has been named the best festival in Africa by the Europe Business Assembly (EBA) and conferred the Socrates Award, it has emerged.
Zimbabwe tourism Authority (ZTA) Chief Executive, Karikoga Kaseke told a press conference in Harare Monday that ZTA will receive the award in October.
“Our carnival, only in its fourth year, has been rated as the best carnival in Africa and awarded the Socrates Award which we are going to receive in October.
“It is not just the biggest, but the best in Africa and we are proud as this award not just as the ZTA and the government, but as an award for the people of Zimbabwe,” Kaseke said.
The EBA, in choosing winners for the Socrates Award, looks at professional experience and achievements, personality, influence on the social and economic progress, business/scientific reputation, implementation of innovations in different spheres and modern management tools.
Kaseke said this year’s edition of the carnival was the biggest in terms of the number of people who performed as well as those who attended the street party on the last day.
“It went on well in terms of everything. It is the biggest so far since 2013 in terms of public attendance and the number of countries which participated. We had 26 compared to 17 last time around.”.
He said an estimated 1.5 million people attended the street party on the last day of the carnival, which ended with a musical concert.
Kaseke attributed the success of the carnival to the peace and tranquillity in the country.
“You cannot gather such a huge number of people and not have any skirmishes; that can only happen in peaceful Zimbabwe.
“It shows that the people of Zimbabwe are peace loving people who only want to enjoy themselves.”
Kaseke said carnival goers had exhibited an amazing level of discipline, noting that only 60 police officers were tasked with maintaining order at any given time during the carnival.
“There were no incidents, the smallest skirmishes happened when the people wanted Soul Jah Love to continue performing when his time had lapsed.”
The ZTA boss said the people had lived up to the theme of the carnival – One Love, One Unity.
“Peace in this country played a critical role and we need to push peace as a unique selling point for destination Zimbabwe. We don’t want to undermine the role that peace plays in marketing our destination,” he said.Advertisement