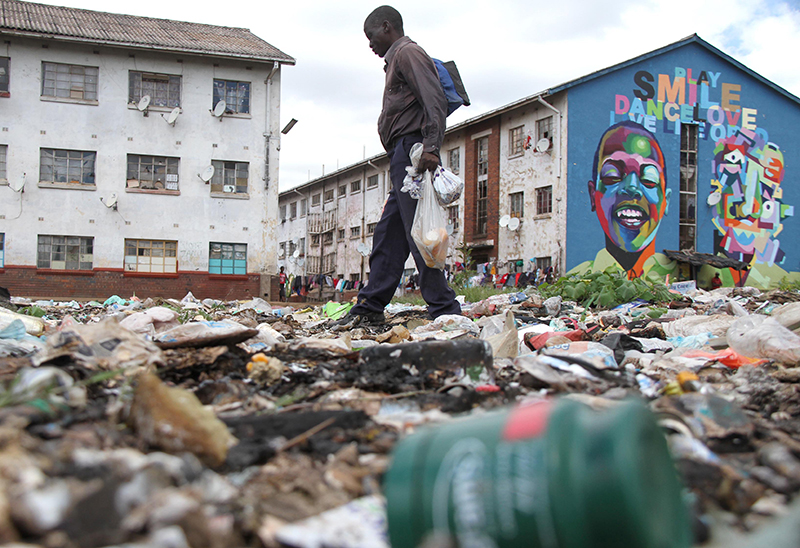 HARARE City Council is set to introduce a waste separation system in a bid to reduce littering and its effects within the city, officials have revealed.

Speaking during council’s recent clean-up of Warren Hills cemetery, chairperson of council’s environment committee Kudzai Kadzombe said they sought to solve the litter challenge at a local level rather than when it would have escalated.

“We have set aside resources in the 2019 budget to purchase compactors and also then introduce separation at source system in all the wards,” said Kadzombe who is Ward 14 councillor.

“We have taken up this initiative after realizing that we need to treat the litter issue at source. So, we are going to be partnering with the Environmental Management Agency (EMA) and go around teaching residents the value that litter has.

“We will announce a date when we will come in and do locally-based Community Separation Centres…as council we are trying our best to curb litter.”

Part of Warren-Hills cemetery has been turned into a dumpsite by residents who accuse the city fathers of failing to constantly collect waste.

“We are left with no option when it comes to litter because sometimes council goes for weeks without collecting garbage which is a danger on its own.

“We end up dumping it at certain places as the whole community until it piles up,” said Florence Munhuwakare of Warren Park 1.

“I cannot keep it (waste) in the home for two weeks; that is impossible.”

Harare, like many other cities in the country, is characterized by mounds of rubbish at street corners, in areas which formerly reserved for sporting facilities and many other open spaces where residents have resorted to dumping waste.

Cllr Tichavona Mhetu conceded that the local authority has been having challenges in the collection of waste, hence the decision to come up with the waste separation system.

“Council like any other sector or component of the economy has been affected by the economic challenges council will offer earth worms which will aid in the decomposition of biodegradable matter,” said Mhetu.

Although modern refuse bins are being put up in the central business district (CBD), most of Harare’s trash cans are either worn out or have been vandalized.

Called ‘The Sunshine City’ for its yesteryear lustre, Harare’s residential areas have however, become a source of annual cholera and typhoid breakouts.

“Tackling the litter issue will take much more than the separation system. For a start we need to have more bins in town; the CBD has to be the cleanest heading into the suburbs,” said Thembani Moyo a resident of Waterfalls.

Last year council resolved to engage in a massive clean-up campaign on the last Friday of each month to help reduce the chances of more disease outbreaks.