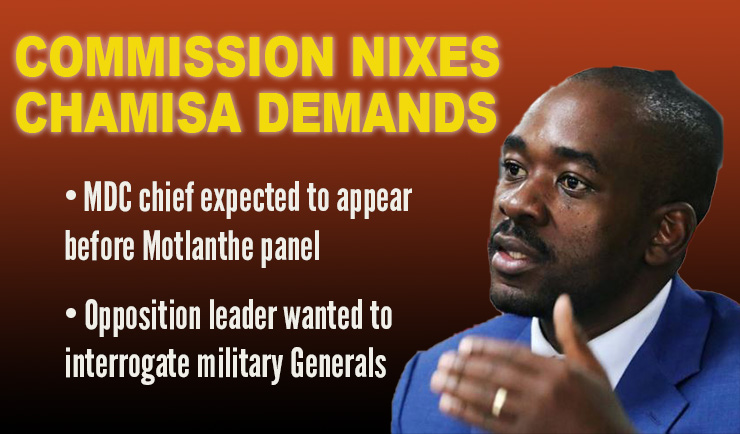 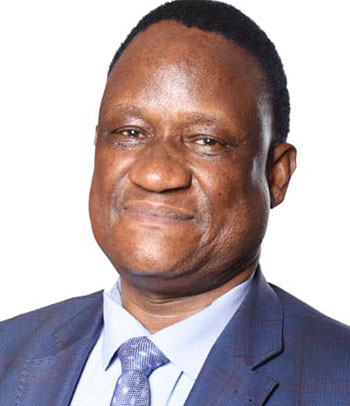 THE Commission of Inquiry into the deadly violence which rocked Harare after elections in July is expecting opposition MDC leader Nelson Chamisa to appear before it this Wednesday, spokesperson John Masuku has said.

Headed by former South African President Kgalema Motlanthe, the commission is hearing evidence on the August 1 violence which left six people dead and several others injured.

The Commission recently wrote to Chamisa, inviting him to give evidence after he  had been cited in testimonies by security services chiefs who accused the opposition leader of inciting the violence.

Chamisa initially said he would not submit before the panel unless President Emmerson Mnangagwa and his two deputies – Constantino Chiwenga and Kembo Mohadi – were also summoned.

The opposition leader however appears to have had a change of heart.

He is understood to have written to the Commission indicating that he would want to cross examine the military generals and police chiefs who accused the opposition of inciting the violence.

“The Commission expects all those it has invited to appear before it,” said Masuku.

Asked whether the Commission had received Chamisa’s letter demanding more information regarding accusations made by security chiefs as well as a guarantee that he will be allowed to cross-examine them, Masuku suggested there was little prospect of this happening.

“I think the Commission has received the letter, but we still expect those invited to appear,” He said.

This is not a debate. Anyone invited should come and say their bit. It’s not a situation at which to expect an exchange or words.”

After a relatively violence free election, Harare exploded into anarchy on August 1 when suspected opposition supporters took to the streets demanding that the Zimbabwe Electoral Commission releases results of the presidential vote.

At least six people were shot dead after the military was called in to help police who had been overwhelmed by the spontaneous demonstration.

The protestors were repelled after trying to storm a local hotel where the poll management body was based.

Last week Chamisa distanced himself from the protest, arguing it was “stupid” to demonstrate when the election results had yet to be announced.