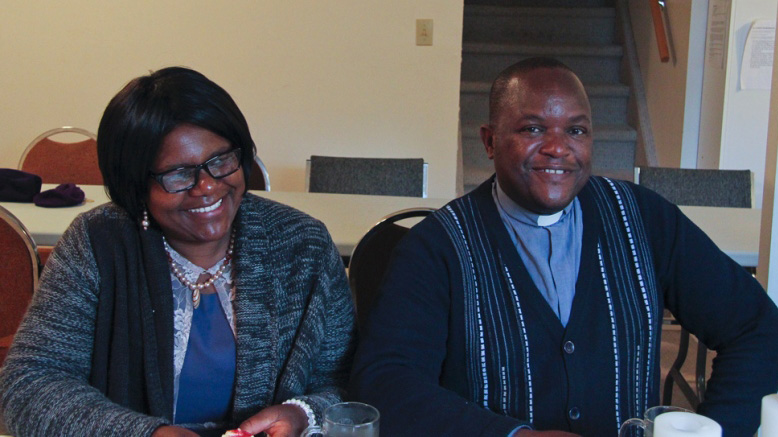 By The Church Times

AFTER a week of turmoil in Zimbabwe, the newly installed Bishop of Harare, the Rt Revd Dr Farai Mutamiri, said that economic sanctions against Zimbabwe should be lifted.

“Sanctions have to be removed because they are hurting the ordinary citizens of Zimbabwe,” he said, on Tuesday.

On Monday, church and civil-society leaders had met in Harare to discuss the current unrest, and strongly rejected all forms of violence. They called “for soldiers to return to their barracks, an immediate return to constitutionalism, and respect of citizens’ rights and freedoms”.

The leaders urged the State “to restore the rule of law and constitutionalism in the exercise of state power, and to consultatively revisit its economic policy trajectory”, and called for a stable and inclusive economy.

This comes after a sharp increase in fuel prices last week sparked looting and violent protest, which were brutally put down by the military and security forces at a time when the President, Emmerson Mnangagwa, was out of the country.

Zimbabwe’s inflation hit a ten-year high of 42.09 per cent year-on-year in December 2018, as reported by Zimstats in figures released last week suggest. The rise was driven by the increases in basic goods.

At the height of the unrest there was an internet black-out; in particular, the social-messenger services WhatsApp and Twitter were blocked. When Twitter returned late on Friday afternoon, videos of violent arrests and looting were seen around the world.

Bishop Mutamiri said: “The situation was and is unacceptable in a democratic nation like Zimbabwe.

“As a Church we don’t condone violence and at the same time we are also against the use of force and live ammunition to silence or deal with demonstrators, that is if reports we are getting is anything to go by.”

Instead of traveling to the World Economic Forum in Davos to try to convince world leaders to lift sanctions against Zimbabwe, President Mnangagwa returned home on Monday.

On Tuesday, he posted on Twitter: “I invite leaders of all political parties as well as religious and civil leaders to set aside our differences and come together. What unites us is stronger than what could ever divide us. Let’s begin a national dialogue. Let’s put the economy first. Let’s put the people first.”

The general-secretary of the Zimbabwean Council of Churches, the Revd Dr Kenneth Mtata, replied to the President’s message on both Facebook and Twitter, saying: “We need to embrace this.” He also cut short a European trip to return to Zimbabwe last weekend.

“All concerned parties should find each other for the good of the country and do away with personal egos so as to come with sound policies conducive for Direct Investments which in turn would boost economic growth,” Bishop Mutamiri said.

The statement from the church and civil-society leaders concluded: “Moving forward, the meeting invited the State and the people of Zimbabwe to a consensus building dialogue to seek solutions and formulate a binding national vision.”