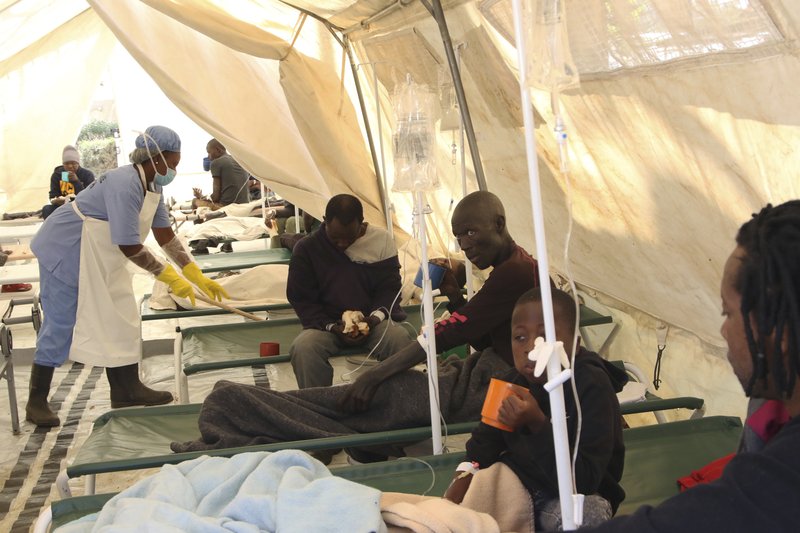 Harare has struggled with waterborne diseases since 2008
Spread This News

The Harare City Council has called on independent engineers to help with their expertise to solve the worsening water crises in Harare.

Addressing journalists during a tour of Seke and Harava dams on Wednesday, council chairperson of the environment management committee Kudzai Kazombe called on independent engineers to help the municipality.

“We are appealing to independent engineers to come and assist the city to come up with solutions, innovations, technologies, strategies to ensure residents get water and address the challenges we are facing, ” said Kazombe.

Kazombe told journalists the Harare City Council has decided to come out of the closet and say issues as they are on the ground.

”Our water is heavily polluted hence very costly to treat. We now require in excess of RTGS 35 million every month to treat water against a global revenue collection averaging RTGs15 million.”

Kazombe added that Harare needs new water infrastructure and the quicker Kunzvi, Musami and Mazowe Dams are brought on stream the better for the city’s residents.

As part of efforts to alleviate the water problems that have triggered intermittent waterborne diseases, council said it has purchased 14, 5000 litre bowsers that are still under fabrication and set to be deployed soon.

In 2008 some 4000 people died after a devastating cholera outbreak while over the years council has struggled with typhoid outbreaks.

Zimbabwe’s Constitution on Section 77 guarantees that every person has a right to safe, clean and potable water.