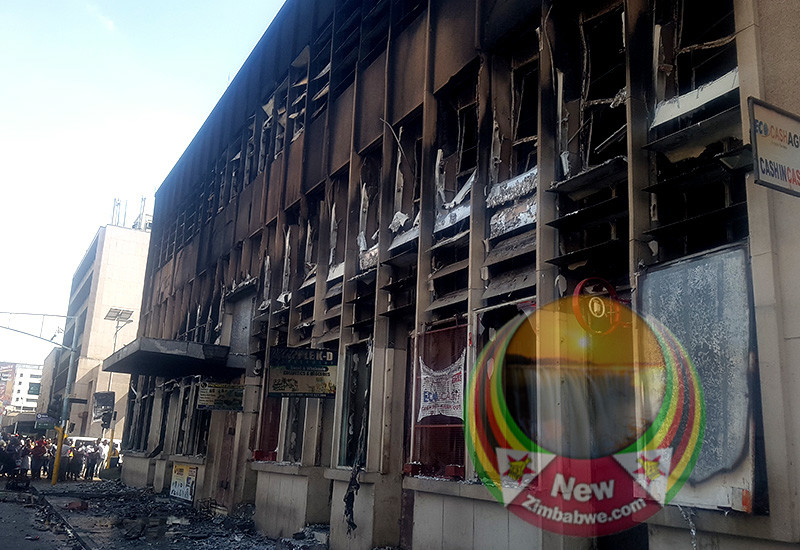 When NewZimbabwe.com visited the building at the corner of Robert Mugabe and Chinhoyi Streets Thursday morning, some traders were in tears as they failed to come to terms with the level of devastation caused by the inferno. An estimated 500 traders were operating at the mall.

The fire at the two storey building, which used to house Agribank, is suspected to have been caused by an electrical fault and the situation was worsened when gas tanks in a restaurant within building, exploded.

“I lost all my property worth over US$20 000 in my shop,” Caleb Bepeta, who sold electrical gadgets at the mall said.

“You can imagine the loss that I have suffered right and when we have just started a New Year,” he said.

Shells of burnt TVs, radios and cellphones were strewn in the rubble while a traffic light nearby melted due to the intensity of the flames.

“Although the details are still a bit sketchy, we hear the cause of the fire was as a result of an electrical fault that spread to the restaurant at the back of the building and gas tanks in the restaurant exploded,” said Ngonidzashe Madara who trades in solar equipment and gas tanks.

Police and fire brigade officers were busy turning away scores of traders and bystanders who wanted to gain access into the building to assess the damage.