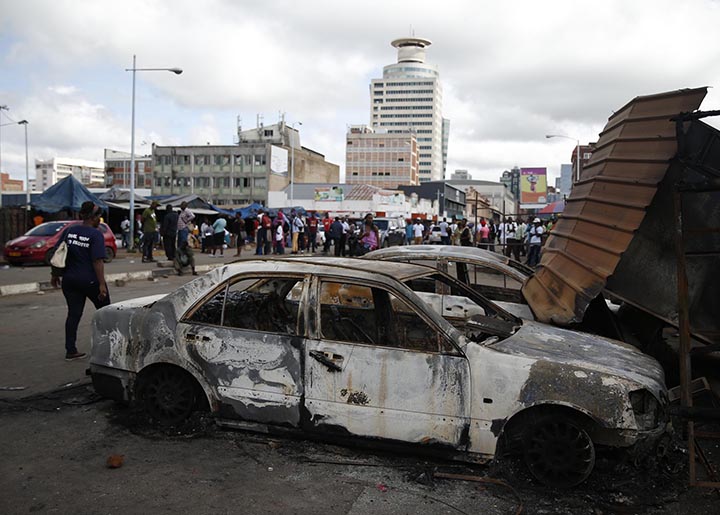 Two police vehicles were torched in the melee after a mob had been “stopped from reporting” the murder case at Harare Central Police Station.

“Trouble began after police tried to stop a commuter omnibus driver from dropping off passengers at Seke-flyover,” said a witness.

“The driver resisted, forcing police to fire warning shots. This enraged the crowd and, in a moment of panic, one ZRP officer fired into the crowd, killing an elderly woman.

“The body was taken to Harare Central Station but e the clashes continued leading to another fatality.”

A third person is said to have been wounded before crowds of angry commuters besieged the police station demanding justice.

Windows at the entrance to the charge office were shattered by missiles as people protested the deaths.

The mayhem followed a directive by Harare City Council banning commuter omnibus operators and on-street vendors from operating in the CBD.

There were running battles overnight as the crowd threw missiles at police officers with smoke billowing all over the city.