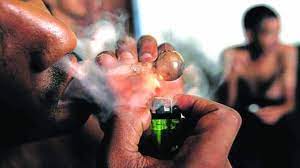 A HARARE man is accused of murdering his lover in cold blood for allegedly stealing his friend’s hard drugs, crystal meth, commonly referred to as mutoriro.

Batsirai Chirume (28) appeared before Harare Magistrate, Dennis Mangosi and was remanded in custody to October 24.

The court advised him to apply for bail at the High Court as the lower court had no jurisdiction to handle the matter.

According to court papers, on December 17, 2021 at Kambuzuma, Chirume is alleged to have slapped his lover, Moreblessing Sarudzai Mangalisa several times, and proceeded to smash an empty beer bottle against her head.

Assailant was in the company of accomplices who are still at large.

The attack followed accusations that she had stolen US$57 and crystal meth (mutoriro) that belonged to Chirume’s friend, Levy Tafadzwa Majakwara, his co-accused.

Chirume was positively identified by witnesses, leading to his arrest.

Presenting his defence case to the court, he however denied being the perpetrator.

“On the day in question, I was going about my business and people alarmed me that my wife was being assaulted for stealing and she was implicating me.”

“I ran off to attend to the scene and am completely dumbfounded that I am being accused of the deed,” he said.

He also alluded to the fact that when he got there his wife was lying breathless and he could not help her.