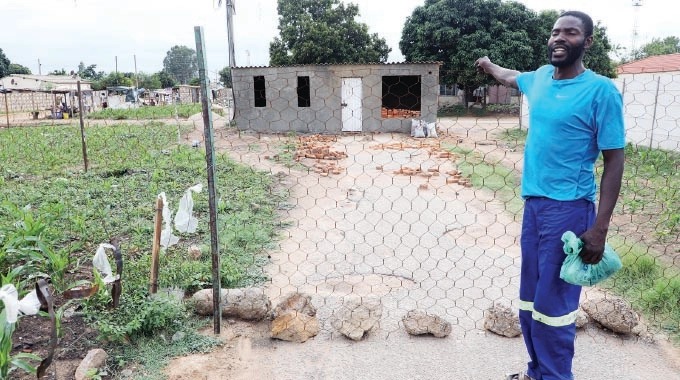 HARARE’s secretary for Provincial Affairs Tafadzwa Muguti has ordered investigations into the Glen Norah housing stands that were allocated on tarred road.

The instruction by Muguti comes after several media reports exposed the issue early this week.

In a Twitter post, the Harare Metropolitan Provincial office said: “@Province Harare Secretary for Provincial Affairs and Devolution @Tmuguti has instructed the Provincial Planning Office to look into @coh Glen Norah Stands allocated on the road amongst many other stands issued on the road servitudes. Any short comings will be reported to @Zacc.”

“The provincial planner will look into the original plans for the city, change of use authorizations, community engagements and approvals for the existing structure being built.”

After the news of the structure on the road came out, Harare City Council (HCC) defended the construction of the house saying the road was the illegal structure.

“According to a town planners’ perspective, there was nothing untoward about the planning of the residential infill stands in Glen Norah as it is the council’s mandate to provide residents with stands to build houses, especially in areas which are technically feasible and are already endowed with services such as roads, water and sewers,” the memo reads.

“From the audit report, the land was being used for urban agriculture yet it had been approved by the Minister of Local Government for housing development according to the approved layout plan for Glen Norah/Glen View.”

The memo added: “Space for the expansion and/ or preservation of the crescents is still available and should council wish to maintain these roads as crescents, it can easily be accommodated still.”