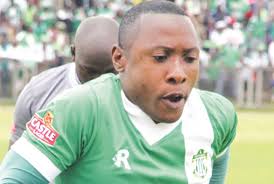 CAPS United captain Hardlife Zvirekwi has started training less than a month after his hand was amputated from the wrist following an accident that left him with a broken hand.

Zvirekwi was involved in some light training at the ZIFA Village yesterday as Caps United prepared for their clash against Premiership new boys Herentals.

There had been doubts whether the Caps United skipper would play again after that horrific injury, but the development yesterday signals he might return to action sooner than was expected.

Team doctor, Nicholas Munyonga, has said if Zvirekwi decided to play he will have to do it without the artificial hand as it was not allowed on the field of play.

It remains to be seen however, how he will go around it. Following the amputation of his hand, he could start playing during the second half of the season after the club decided to deregister him while he recuperated.

The Green Machine who are now under the leadership of defender Stephen Makatuka have had a slow start to the campaign managing six points out of a possible 12. They have drawn three times and won one in the four matches of the campaign.

Lloyd Chitembwe’s men will be looking to collect maximum points against Herentals as they seek to get into a commanding position in their bid to claim the championship this term.

The Harare giants have not hidden their desire to win the championship this season after a finishing a distant fifth last season which was attributed to a punishing schedule that saw them playing in both the Caf Champions League and the domestic championship.

However, Caps United face opponents who have developed a knack of reserving their best for the big boys of the local game.

Inspired by club owner, Innocent Benza, Herentals are an awsome attacking team and Caps United will have to roll up their sleeves if they are to bag maximum points.

Herentals have won one match against ZPC Kariba, drew another with Yadah FC and lost against Ngezi Platinum and Highlanders.