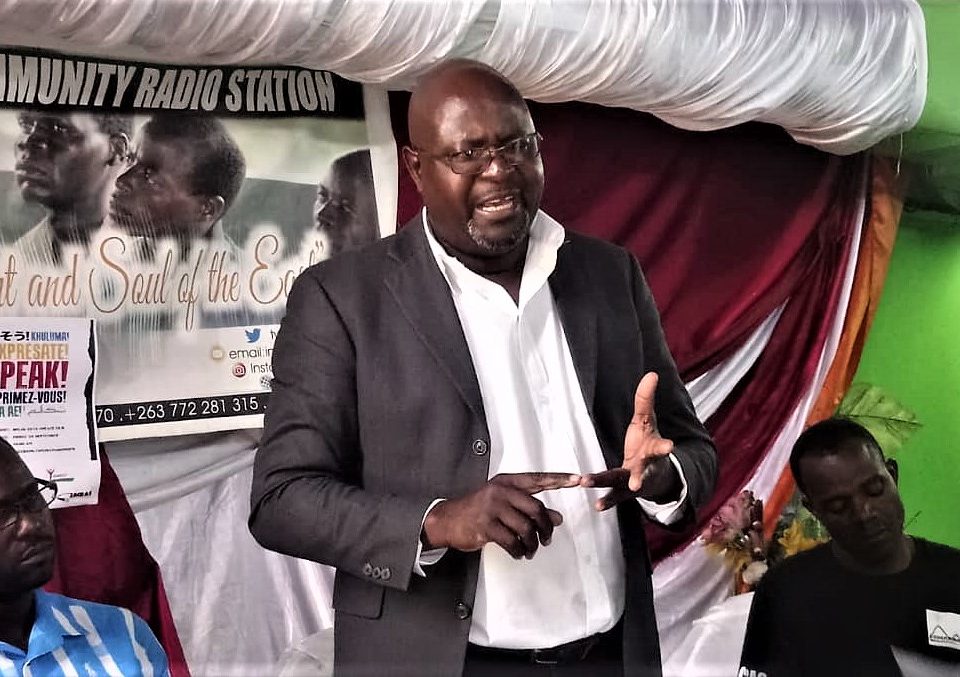 MDC Alliance Mutasa South MP Regai Tsunga has said the current harsh economic terrain in the country is forcing hard-hit citizens to use unsustainable means to exploit the environment.

He said this during an environment and climate change awareness meeting which was convened by Kumakomoyo Community Radio Initiative in Mutare recently.

Mutasa South is one of the constituencies in Manicaland province where illegal gold mining is rampant with artisanal miners wantonly cutting down trees and digging open pits.

“The harsh economic terrain in the country has pushed people to survive on hand-to-mouth via non-ideal environment exploitation means. These have led to massive land degradation, deforestation, and environmental pollution,” said Tsunga.

He added it was now upon the government and local councils to restore order through the formulation of policies that preserve the integrity of the environment and promote sustainable development.

“There is a need for government and local authorities to spearhead policies and projects that promote citizens’ adherence to environmentally sustainable economic activities,” said Tsunga.

The MP said the prevailing harsh economic environment was contributing to a surge in illegal mining, stream bank cultivation, brick moulding, and deforestation as people try to bring food on the table for their families.

However, he said the environment could be saved if clean and cheaper forms of energy are provided by the government, and locals are motivated to practice climate-smart agriculture.

“There should be exploitation of available solar, wind, and hydropower to make clean energy available as well as the promotion of climate-smart agriculture.

“As such there must be duty-free importation of equipment such as solar panels and subsidising of climate-smart agriculture like the Pfumvudza project currently being bankrolled by the government,” he said.