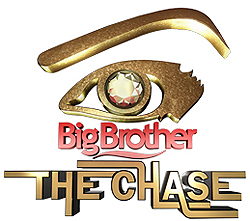 ZIMBABWEANS will know the country’s representatives in this year’s Big Brother Africa when the show returns to the screens on May 26.
Two contestants from each of the 14 countries taking part will enter the Big Brother house in South Africa and live out the show’s 91-day run in front of cameras with the promise of a US$300,000 prize for the winner.
Following on last year’s format, one of the two contestants for each country will be a celebrity.
Maneta Mazanhi, a former Zimbabwe Revenue Authority (ZIMRA) cashier, and the singer Roki Josphats, were Zimbabwe’s contestants in last year’s show, but were both evicted unceremoniously after a violent showdown.
Speculation is rife that Zimbabwe’s celebrity representative is a toss-up between the controversial rapper, Lady Squanda, and socialite, Pokello Nare.
Lady Squanda’s supporters last year set up a Facebook page to rally support for her to be picked. The page has been liked 2,300 times.
Former UK Big Brother star Makosi Musambasi was forced to deny auditioning for the show.

Singer Nox Guni, asked if he could be going on the show, quipped: “I don’t have a spare three months!”
The finalists would have been informed by now, but they are sworn to secrecy with threats that they will be dropped if they reveal.
This year’s Big Brother, now in its 8th season, has been dubbed ‘The Chase’.
Angola, Botswana, Ethiopia, Ghana, Kenya, Malawi, Namibia, Nigeria, Sierra Leone, South Africa, Tanzania, Uganda, Zambia and Zimbabwe will each have two contestants slugging it out between May 26 and August 25.
Nigerian host IK Osakioduwa also returns.
Commenting on the new season, M-Net Africa Managing Director Biola Alab said: “We want to give audiences and loyal fans of the show, a truly unforgettable viewing experience once again. This season audiences can expect a show encompassing suspense, emotions, drama, fun, excitement and quite possibly, as we have seen in previous seasons, a little romance.”
Producers Endemol say The Chase will “combine electrifying twists and big surprises that will require housemates to use their charm to get ahead, possibly leaving room for cupid’s arrow to connect two hearts or more.”Advertisement

Big Brother ratings are declining everywhere in the world, including the United Kingdom where the show started, but in Africa it is still one of the strongest performing shows on television.