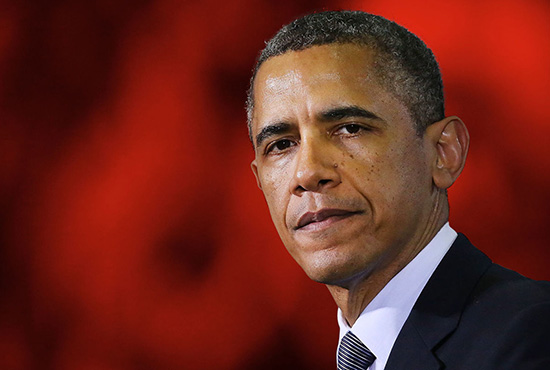 US PRESIDENT Barack Obama is a man of many musical talents – proven with previous public performances – but rapping, he admits, just isn’t one of them.
Speaking at the Beating the Odds youth summit in Washington Thursday, Obama said his hip-hop rhyming skills are not among his greatest musical assets.
“My rapping skills are terrible. That’s one thing I can’t do is rap. I like rap, but I cannot rap,” he said to a laughing crowd of high school graduates.
But despite the shortcoming, he still managed to snag his wife Michelle, he said, calling her the “true star of the Obama household.”
“I have enough of a rap that I got Michelle to marry me, though,” the president quipped.
Obama has proven his melodious chops more than once during his time in office, with an apparent preference for soulful tunes.
At a fundraising event in New York in 2012, the president offered a few lines from Al Green’s seductive love song “Let’s Stay Together.”
In a more sombre performance last month, Obama sang “Amazing Grace” at the eulogy for a slain Charleston pastor, gunned down by a suspected white supremacist at the historic Emanuel AME Church.
The youth summit was hosted by Michelle, and the president underscored a message of hope and opportunity in his introductory remarks.
His take away message to the high school graduates? “There’s nothing you can’t do.”
Well, in Obama’s case, almost nothing.
Obama sings Amazing Grace