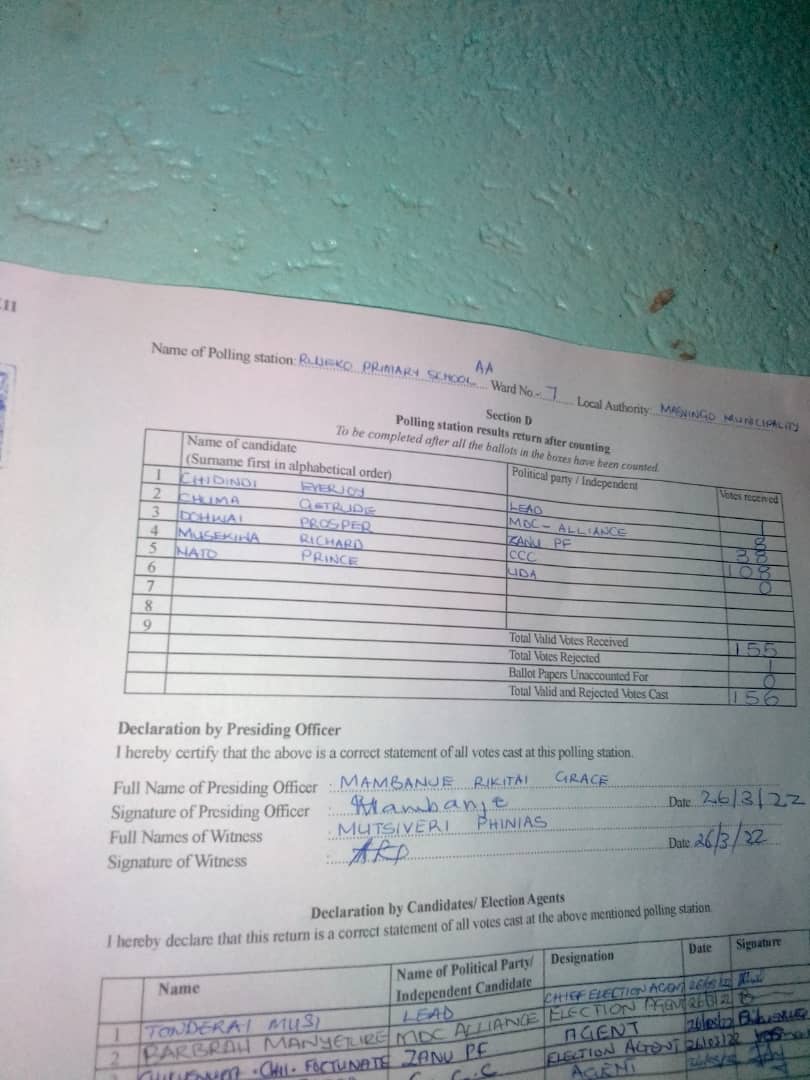 THE Masvingo Citizens Coalition for Change (CCC) Ward Four candidate, Thokozile Muchuchuti, who defied her party’s directive to withdraw from the race to pave way for her preferred male counterpart, Aleck Thabe, has was heavily defeated in the Saturday poll.

The party ended up fielding two candidates in the ward after the headstrong Muchuchuti stood her ground and refused to back down.

Still, Zanu PF failed to capitalise on the debacle, which left the party divided.

Tabe had powerful backing from the party’s top leadership but failed to get enough endorsement.

When Nelson Chamisa addressed a rally at Rujeko Open Grounds, he said they didn’t want to impose a candidate but rather implored the electorate to vote for a candidate of their choice.

Internal wrangles which the party failed to resolve raged on until the election day.

The party had resorted to dialogue but the two candidates; Tabe and Muchuchuti failed to reach common ground and went into the election representing CCC.

Tabe could not be drawn to comment as his mobile was unavailable.

CCC deputy spokesperson, Ostalos Siziba said Masvingo was critical for them and is a pivotal province ahead of 2023 elections.

“We have made it clear that this by-election was an appetiser for our party. Masvingo is a very pertinent province for us as we go into the general elections and the emphatic wins in all Masvingo Urban wards including where there was double candidates clearly shows that Masvingo is our territory,” Siziba declared.

According to preliminary reports, Tabe got 660 votes, Muchuchuti got 284 while Madyavhanhu received 464.

CCC won all four Masvingo Urban wards which were up for grabs, the preliminary results show.