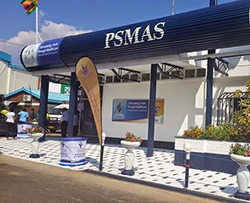 THE country’s largest health insurer by subscription, Premier Services Medical Aid Society (PSMAS), has cleared its tax arrears after government paid $40 million in outstanding contributions last month which also enabled it to pay service providers, an official has said.
The government’s failure to disburse contributions to PSMAS had crippled its operations given that 84 percent of the institution’s 800,000-plus members are state employees, and had gone for eight months without paying service providers.
The service providers were owed $38 million as of February last year.
PSMAS was among the parastatals rocked by disclosures last year of astronomical compensation for top management, with its former chief executive Cuthbert Dube, who was forced to retire, earning a monthly salary amounting to over a quarter of a million dollars.
Finance secretary Willard Manungo on Tuesday told a parliamentary committee on health and childcare that government still owed PSMAS over $25 million and that the society had cleared its obligations to the tax authority, ZIMRA but did not say how much it had paid.
“As of May we were owing them almost close to $50 million (in employer contributions) but then in the month of June we were able to clear $40 million to try and lower what we owe,” he said.
“On the employee contributions we owe $15,4 million. We are working to avail them another $2,5 million within the course of this week.
“That would lower the outstanding employee contribution to about $13 million.”Advertisement