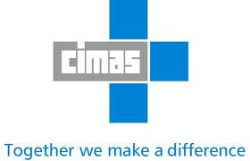 Zimbabwe’s health insurers say the shortage of foreign currency in the country has resulted in the cost of drugs escalating by as much as 70 percent.
Zimbabwe, which has been using mainly the United States dollar since it abandoned its own hyperinflation currency in February 2009, has been battling a crippling shortage of banknotes which has intensified over the last three months.
Last November, it introduced its bond note currency to trade at par with the greenback but has, in recent months, lost its value sharply.
Local manufacturers who rely on imported inputs have resorted to buying hard currency on the black market at premiums often as high ast 60 percent, leading to price hikes across the board.
The Association of Healthcare Funders of Zimbabwe (AHFoZ), which represents the country’s medical aid societies, said on Tuesday that some pharmacies were now insisting on cash payments and in United States Dollars.
“This had resulted in huge shortfalls for medical aid society members. Some pharmacies, were rejecting medical aid cards and insisting on cash payments in United States dollars, while rejecting payment in bond notes or by debit card or Ecocash,” AHFoZ said in a statement.
“Price increases or demands for cash at the point of service in the current environment, where salaries are not being increased and hard cash is unavailable, can only worsen the suffering of patients.”Advertisement