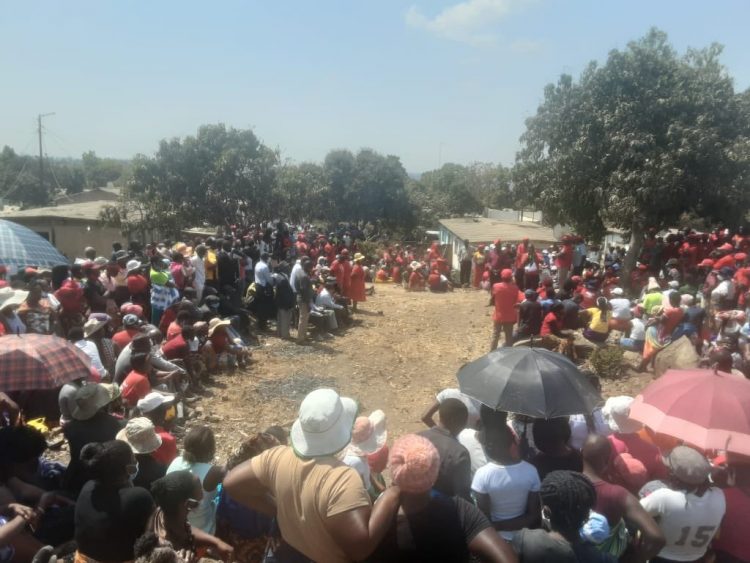 Police sources say security details were deployed in anticipation of riots following accusations by the MDC Alliance that state security agents had a hand in Chiwaya’s sudden death last Friday.

The now deceased’s body was Tuesday taken to Harare for a postmortem which established that he died due to assault.

Chiwaya’s shirt was reportedly torn while he had bloodstains on his nose and ears signalling that he could have been involved in a fight.

However, police have refuted claims security details had abducted and murdered the vocal and fearless politician.

“The police are not aware of the alleged abduction or kidnapping as alluded to by some individuals and groups on social media. Full-scale investigations are in progress to find out was exactly happened,” police national spokesperson Assistant Commissioner Paul Nyathi said.

“The police caution the public against interfering with crime scenes as what happened in Karoi is a cause of concern. We appeal to politicians to avoid premature statements and allow the investigation to proceed smoothly.

“Politicians should be careful in their comments as there are allegations of girlfriends and alcohol abuse issues which are now subject to police investigations in this case.”

Speaking at the funeral, Blessing Mandava, MDC Alliance Mashonaland West spokesperson said; “We hope his soul rests in eternal peace with the knowledge that we, the surviving MDC Alliance members, will carry forward the struggle to emancipate long-suffering Zimbabweans.”

In 2008, Chiwaya cheated death by a whisker after a terror gang kidnapped and tortured him. He narrated then that he was locked inside a small room at a suspected Zanu militia base in Karoi.

He was first elected as councillor in 2008 and served his ward diligently until his untimely death last week.

Chiwaya is survived by his wife and five children.