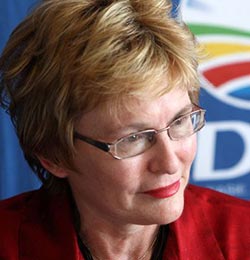 This article is taken from the Sunday Times
WILBUR SMITH, that great chronicler of the White Man’s Burden in Africa, was arguably at his finest in his 1972 novel, The Sunbird.
In it, he narrates the allegory of Great Zimbabwe as his protagonist South African archaeologists “discover” an abandoned ancient city named Opet, which they believe to have been founded by “fair-skinned, golden-haired warriors from across the sea, who mined the gold, enslaved the indigenous tribes and flourished for hundreds of years”.
Initially, the evidence points to founders of “obscure Bantu origin”, but eventually it is confirmed that the founders were Phoenicians from Carthage.
The fabulous Opet had once been the centre of a great civilisation that included Zimbabwe and many other towns, which met its downfall around 450AD when it was destroyed by black invaders.
Smith’s narrative is banal and unoriginal – this sort of myth was rife in the Rhodesian settler-colonial imagination.
Having been met with resistance from Africans when they first began to settle in the region under the mandate of Cecil John Rhodes’s British South Africa Company, the settler community needed to create an explanatory system for their presence and their occupation of the land.
The settlers, calling themselves the “Pioneer Column”, proceeded to map out an imaginary space where Africans were seen as part of the natural environment, along with wild animals and other natural obstacles on the way to a developed society. This society was to be built by the settlers, who eventually defined themselves as Rhodesians.
To the paternalistic Rhodesians, the “primitive Africans” they encountered, were cruel, disobedient children, who had to be disciplined by their all-knowing, benevolent European parents.
As part of this, myths around Great Zimbabwe abounded. Before Great Zimbabwe had been proven by archaeologists to have been built by ancestors of today’s Shona people, the myth of a great ancient white civilisation had been spun from the accounts of Portuguese merchants.
On the basis of the racist evolutionist ideology, it was concluded that it was impossible for it to have been built by Africans. Instead, the “discovery” of the ruins was evidence of a white civilisation that had presumably lived there in biblical times.Advertisement

The biblical explanation claimed that Great Zimbabwe was in fact the residence of the Queen of Sheba and the site of King Solomon’s gold mines.
For those claiming legacy of colonialism was ONLY negative, think of our independent judiciary, transport infrastructure, piped water, etc.
This myth was used to claim that white settlement in Rhodesia was not violent occupation. Rather, the Europeans were simply reclaiming “lost space”.
Helen Brown of Australia’s Canberra Times nailed the dilemma perfectly: “The ancient granite ruins of Zimbabwe in Rhodesia are a thorn in the side of those whites who defend their minority rule on the grounds that the natives have only recently ‘come down out of the trees’.”
Smith’s allegory about the ruined state of Great Zimbabwe was important in evoking a sense of emergency in Rhodesians, who at the time were fighting African nationalists in Zimbabwe’s Second Chimurenga.
The urgency of self-defence was illustrated by the downfall of the great ancient white civilisation that did not realise in time the danger (read swartgevaar) it was in.
With this in mind, it becomes easy to see how evidence of black civilisations and contributions to universal knowledge can be threatening to the likes of Western Cape premier Helen Zille, who would claim Europe’s monopoly on civilisation.
If these paternalistic aunties cannot point to our supposed backwardness until the time of their arrival, how then do we sustain the myth of the White Saviour?
Zille’s comments and the broader myth of the White Saviour are very much in line with the paternalistic origins of liberal thought in South Africa.
Eddy Maloka begins his critical book Friends of the Natives: The inconvenient past of South African liberalism by critiquing the liberal tradition’s claim to being the oldest political tradition in South Africa, preceding both Afrikaner and African nationalist thought.
Reviewing Maloka’s book, Unisa lecturer Ndumiso Dladla points out that this racist assumption by South African liberalism reminds one of European philosopher Georg Wilhelm Friedrich Hegel’s influential sentiment that “Africa has no history”.
European scholars have long dismissed Africa as not being an actor in the world’s history. Hegel famously wrote: “Africa … is the unhistorical, undeveloped spirit, still involved in the conditions of mere nature.”
This reading of Africa was very influential in Europe’s intellectual and political history, serving as a justification of the “civilising presence” of the colonial enterprise.
Dladla writes: “This Eurocentric assumption made by [Helen] Suzman and, elsewhere, RW Johnson, about the non-existence of a political tradition, ideas or institutions amongst the various indigenous conquered peoples prior to conquest is thoroughly problematic … and suggests that the pre-colonial kingdoms and states which were well known to even the early conquerors of the indigenous peoples of South Africa were not constitutive of ‘politics proper’.”
Maloka goes on to critique the liberal position of “equal rights for all civilised men” as embodied in the “colour-blind” franchise of the Cape.
Arguing that the liberal assumption was that natives were inferior to whites by nature and needed to be civilised, Maloka quotes Janet Robertson’s 1971 study Liberalism in South Africa (1948-1963): “Contrary to its rhetoric of equal rights for civilised men, the chief advocates of Cape liberalism were certain that the civilisation of the natives was not equal to the integration of the natives into the colonial system on equal footing with the settlers.”
Maloka concludes the chapter by deconstructing the myth of friendship from the natives’ “friends”.
By way of example, he examines the words of the missionary the Rev Dr John Phillip, arguably the “father of liberalism in South Africa”, who writes in his work Researches in South Africa: “The first step towards the civilisation of the savage is to rouse the thinking principle. This can only be done by proposing to his mind considerations of sufficient force to overcome his native indolence. These considerations must be addressed to his passions and suited to his capacity.”
This denial of “non-European” thought and “capacities” would be even more laughable were it not systemic and endemic today.
A couple of years back I sat in a postgraduate-level “history of economic thought” course at the University of the Witwatersrand as the professor outlined the semester’s topics and texts. I looked through and double-checked the course material, increasingly uncomfortable until I put up my hand to ask why there was not a single reference to any thought by “non-Europeans”.
He mumbled something about it making “no difference really” who he chose to cite because the knowledge was “after all, universal”.
Later, when he claimed that we would begin the course “at the very beginning of ancient economic thought”, I asked why, if he was serious about origins, he had chosen to start with Ancient Greece instead of Mesopotamia?
He could not give a coherent answer.
Zille herself could not give much of a coherent answer as she responded to those who queried her tweet: “For those claiming legacy of colonialism was ONLY negative, think of our independent judiciary, transport infrastructure, piped water, etc.”
Her remarks should not surprise us. Her sentiments highlight how central the erasure of black and non-European modernities is to settler colonial thought.
It has been historically important for Europeans to erase any other forms of knowledge and civilisation in order to justify their dominion over any uncivilised natives they happen upon in their discovery of “empty lands” – the White (Wo) Man’s Burden, in short.
• Zimbabwe-born Chigumadzi is an award-winning novelist and essayist