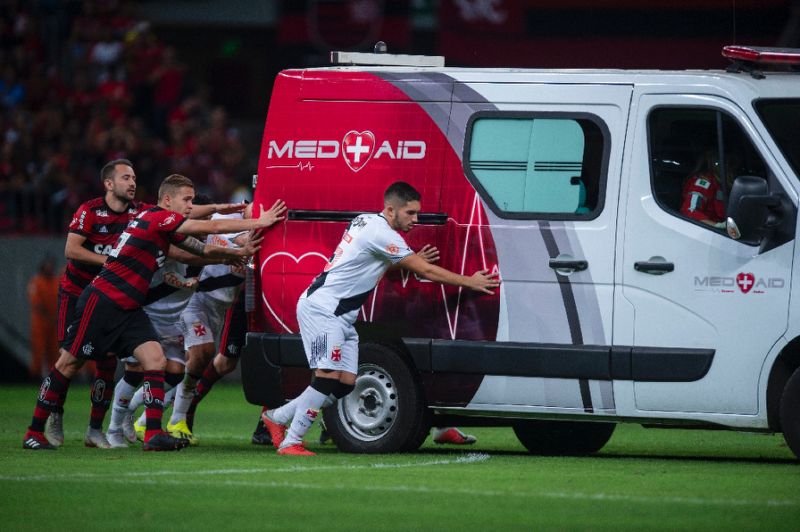 A Brazilian league match between Rio de Janeiro rivals Vasco da Gama and Flamengo gave way to surreal scenes as footballers from both sides came to the aid of an ambulance that broke down on the pitch while transporting an injured player to hospital.

Vasco midfielder Bruno Silva crumpled to the ground near the end of Saturday’s game in Brasilia after a clash of heads with a team-mate, and briefly lost consciousness.

Medics took the decision to transport him to hospital, but the ambulance refused to start after Silva was loaded into the vehicle.

Players then joined forces to help push the stricken ambulance off the pitch at the Mane Garrincha Stadium.

“It’s the first time I’ve seen that. It’s a lamentable scene. I thought the driver was kidding but he insisted the ambulance wouldn’t start and asked for our help,” Flamengo defender Rever told globoesporte.com.

The match was interrupted for more than 10 minutes and finished in a 1-1 draw, and Silva was eventually discharged from hospital on Sunday.