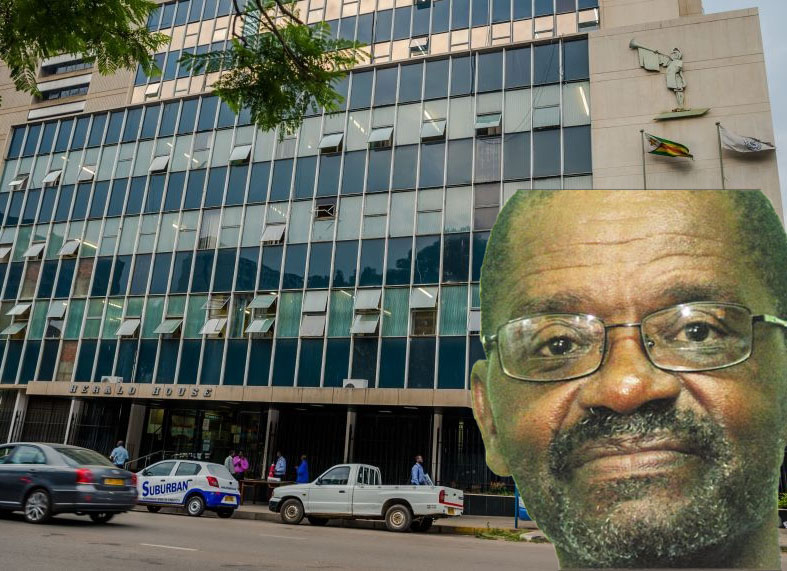 Nyathi apparently fell victim to the turf war between the ministry of information and the presidential communications department.

NewZimbabwe.com was further told that the development is also linked to the broader factional rivalry between President Emmerson Mnangagwa and deputy Constantino Chwenga.

Nyathi’s departure has yet to be confirmed by Zimpapers group, publishers of the Herald. However, the veteran journalist hinted at his unceremonious ouster; simply saying on Twitter;

The remark was thought to suggest that he may have been suspended, but sources told NewsZimbabwe.com he had been fired with deputy Tichaona Zindoga taking over, at least, overnight.

Although Zimpapers is a private company listed on the Zimbabwe stock exchange (ZSE), government is the majority shareholder.

This allows the Zanu PF-led administration to influence editorial policy, as well as hire and fire senior staff.

Mnangagwa loyalist Mayor Justice Wadyajena had warned earlier Tuesday that all was not well at Herald House.

According to the Zanu PF legislator, there was royal anger after an article about the president’s return home from Eurasia was relegated to Page 2.

His Excellency, President @edmnangagwa’s return only makes Page 2? Something cooking over at @HeraldZimbabwe. It’ll all end with a lot of egg on some faces! What’s going on Cdes @nickmangwana @energymutodi and where are you Editor at Large @caesarzvayi? pic.twitter.com/TGbQRck1eJ

Nyathi was only appointed Herald editor on December 18 last year, taking over from Caesar Zvayi.

The presidential spokesman was understood to have opposed the editorial changes.

And he now appears to have hit back.