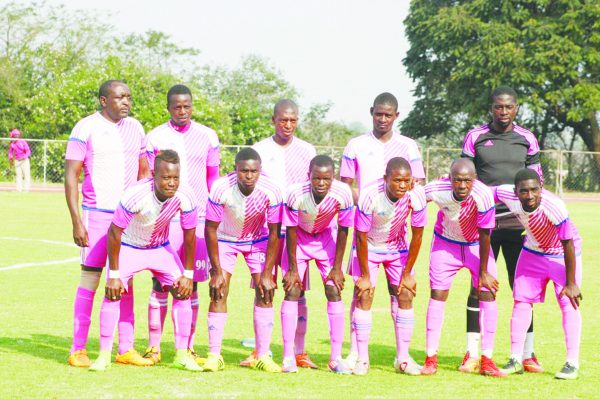 HERENTALS football club have been kicked out of the Castle Lager Premier Soccer and slapped with a heavy RTGS $300 000 fine after being found guilty of manipulating their encounter against Black Rhinos which they won 3-0 under controversial circumstances in October last year.

After narrowly surviving relegation on the last day of the last campaign, Herentals were dealt a massive blow after the result of their match against Black Rhinos, was forfeited which meant they were effectively relegated to division one football.

Chapungu, who occupied the last relegation slot at the conclusion of last season’s campaign are set to benefit from Herentals misfortune as the decision means they will leapfrog the Students on the final log.

“The Club was found guilty of contravening Order 31.1.3 of the Castle Lager Premier Soccer League Rules and Regulations which makes it an offence on the part of a club where: Its players, officials, servant or duly authorized (expressed or implied) representatives, for any corrupt, dishonesty or lawful purpose in connection with a game played under auspices of the League, or in connection with the affairs of the League, give, offer or promise, whether directly or indirectly, any inducement, reward or bribe of whatsoever nature, to anybody whatsoever,” the PSL’s Disciplinary Committee said in its judgement released on Wednesday.

The club was also fined $300 000 and is also expected to meet the full costs of the hearing by the club by 31 January failure to which will result in them being barred from participating in any football or football-related activities for the next 10 years.

“In the event that the Club does not comply with any part of this penalty, the Club shall not be allowed to participate in any football or football-related activities for the next ten (10) years. The current owners of the club will have to show cause why the same penalty should not be imposed on them.”

In addition to the points deduction and the heavy fine, Herentals’ team manager Oliver Chirenga who allegedly “masterminded” the plan to manipulate the result of the match was slapped with a 10 year ban for his involvement in the matchfixing scam.

Black Rhinos counterpart Gift Kamuriwo who lost his job after confessing to taking US$600, which he was supposed to give to players he refused to name was banned for three years.

“Oliver Chirenga was fined the sum of RTGS $20 000 (Twenty thousand dollars). In addition, he is banned from any football-related activities for a period of ten (10) years from the 1st of January 2020. During his period of banishment, the accused shall not be allowed to watch local football or be near any football stadium in Zimbabwe. The fine of RTGS$20000 (Twenty thousand dollars) is to be paid by the 31st of January 2020.”

The PSL added: “Gift Kamuriwo was found guilty of breaching Order 31.2.3 of the PSL Rules and Regulations which makes it an offence on the part of player or official who: Accepts any inducement, reward or bribe referred to in order 31.2.2

“Kamuriwo has been banned from participating in any football related activity for a period of three years as from the 1st of January 2020. One year of this period is suspended on condition that the accused pays a fine of RTGS $10 000 (Ten thousand dollars). During his period of banishment, the accused shall not be allowed to watch or be near any football stadium in Zimbabwe. The fine of RTGS $10 000 (Ten thousand dollars) together with the costs of the hearing is to be paid by 31 January 2020,” the league said.

Herentals are expected to appeal the ruling although they also face other similar allegations after fellow topflight side Bulawayo Chiefs alleged that the two teams’ Castle Lager Premier Soccer League final match of the season last Saturday may also have been manipulated.

Herentals are owned by businessman and educationist, Innocent Benza, who also plays as a striker for the team at the age of 47.