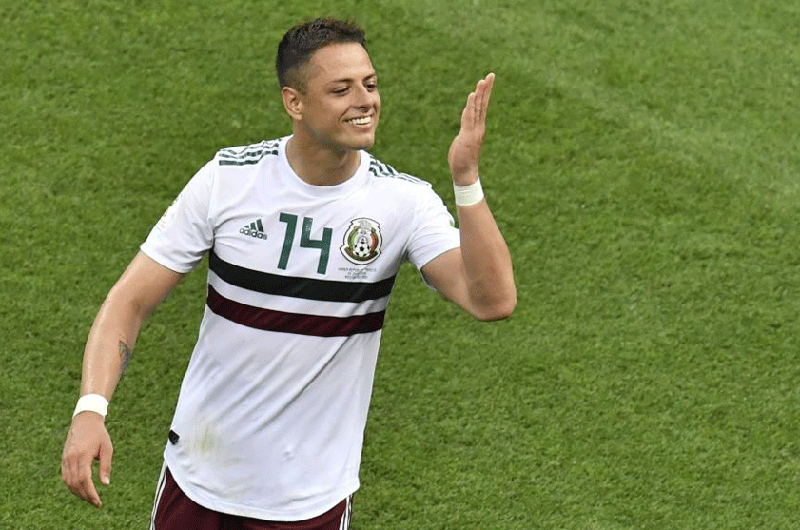 RUSSIA: Mexico placed one foot in the World Cup’s last 16 and left South Korea on the brink of elimination after goals from Javier Hernandez and Carlos Vela clinched a 2-1 victory in Rostov on Saturday.

Hernandez became the first Mexican player to score 50 goals for his country, after 104 appearances, with Vela earlier opening the scoring through yet another penalty kick.

Son Heung-min’s stunning long-range effort in stoppage time gave South Korea a glimmer of hope but it was too little too late.

Mexico lead Group F on six points after two games, having backed up their shock victory against Germany with another display to suggest they can go deep in this tournament.

“Sometimes against teams that have less of a footballing tradition than the biggest nations, you can tend to rest on your laurels and lose concentration,” Mexico coach Juan Carlos Osorio said.

“But it was a deserved victory. We are very happy and we share that with the whole of the country.”

South Korea, beaten by a Sweden penalty in their first match, had their chances but again lacked cutting edge up front.

Yet to register a single point in Russia, they are left needing a miracle to progress.

After 28 games at the World Cup, there have now been 14 spot-kicks, 11 of them converted, and there could be little complaint about this one, coming after a blatant handball by Jang Hyun-soo, Vela stepping up to convert.

In temperatures around 35 degrees Celsius (95 degrees Fahrenheit), Mexico were rewarded for another controlled performance that combined possession in midfield with pace and penetration in attack. Hirving Lozano, the match-winner against Germany, was excellent again in particular.

Osario complained about a lack of protection for his players, who were fouled 24 times in the match.

“For the good of football and talented players, I hope the referees will take responsibility,” he said.

“We have systemic problems. We must think how we can improve our domestic league and work with young players. We lack experience. That doesn’t come overnight.”

“But we have no regrets.”

Before Mexico’s opening goal, however, it was South Korea that created the better chances.

Only a brilliant saving tackle from Lozano denied Lee Yong tapping in at the back post before Son saw three quick-fire shots come to nothing.

But Mexico’s penalty in the 27th minute was clear. Jang tried to block Andres Guardado’s cross but inexplicably slid with his arm outstretched above him and the ball struck the defender’s hand.

Vela was made to wait by goalkeeper Jo Hyeon-woo, who played for time by swigging his water and chatting to his team-mates, but there was no mistake. Vela slid home.

The game became more open in the second half as South Korea perhaps pushed too hard too soon, and it was little surprise when Mexico doubled their lead.

They were fortunate not to concede a foul for a clear trip by Hector Herrera in the build-up but Lozano found Hernandez and the striker did the rest. His dummy-shot fooled the lunging Jang before a scuffed finish rolled past Jo.

Son should have capitalised on a Rafael Marquez mistake late on but made amends in the 93rd minute with a fabulous effort that soared into the corner. Mexico, however, held on.