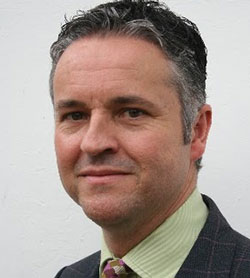 IT has been equated to Glastonbury’s equivalent in Africa with euphoria that is as tangible and palpable as that of the Notting Hill Festival; and it is back again highly anticipated as always.
The Harare International Festival of the Arts (Hifa), riding the crest of a wave after being counted as one of the continent’s top ten must-attend arts festival by international ratings publicised by a respected international news organisation, is back again this year promising to brighten the ambience in Zimbabwe.
Their bright theme this year is ‘Switch On’, one of their most easily accepted and least controversial themes of modern times.
Hifa has for a number of years in succession been accused of subtly suggesting politically motivated themes amid suspicion that the event was more than just a celebration of the arts.
However, the festival’s executive director Maria Wilson had no problems whatsoever explaining off this year’s theme.
“We will be running under the theme ‘Switch On’ and what we are saying is that all people are full of potential and talent which they need to switch on if they are motivated to do so,” she said.
A tortilla of all things juicy in the arts – from music, dance, theatre, spoken word to the visual arts – Hifa has evolved into the must attend arts festival and arguably the biggest week long arts festival in sub-Saharan Africa.
In fact, while it is terribly young aside Glastonbury, HIFA has spurned a rich culture which has seen it make the UK equivalent pale in comparison in many details, not least of all the level of width in the array of cultures represented.
It has brought to Zimbabwe’s frontiers names such as AnjeliqueKidjo, Baba Maal, Salif Keita, and Eric Wainaina in its music programme, which in spite of efforts to encourage appreciation of all the arts, has remained the most loved arm of the festival.
“We encourage those who attend to go to everything including theatre and dance and appreciate everything,” says the communications god of the event Tafadzwa Simba.
“Soak in as much of the event as they can, but the end result is many love the music but I am glad to say a lot more also try other things which makes it a complete arts festival as opposed to a music festival.”
His enthusiasm and energy, reminiscent of that exuded by revellers in the sacred Hifa week, sets the tone for what should, at the end of it all, be an energy sapping odyssey in the arts and understandably so.Advertisement

With over a thousand local artistes in various genres of the arts participating and several international artistes, Hifa tends to avalanche the discerning visitor to the event, leaving them totally confused with “so much to do and yet so little time” as the age old saying correctly captures.
And with something of a dud that the event had become without the touch of the founder and erstwhile artistic director Manuel Bagorro who had stepped aside to give the role to a less than impressive Gavin Peter, Bagorro returns to his baby yet again as the artistic director to save the event and bring back the X factor with regards creativity.
Amongst other artistes set to switch on Hifa are Netsayi Chingwendere and Cote D’Ivoire’s Dobet Gnahore as this year’s event deliberately takes on a battle to enhance females as well as tackle gender based violence.