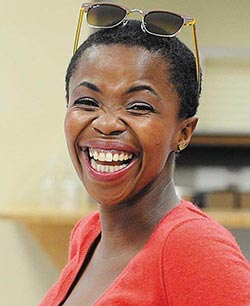 ORGANISERS of the just ended Harare international Festival of the Arts (HIFA) have claimed that some government departments were shocked by the decision to block Freshlyground from performing at the internationally acclaimed carnival.
The organisers said they were working to bring the group back in the country.
The renowned South Africa-based Afro-pop group were billed to perform as HIFA’s but they were deported upon arrival at Harare International Airport Sunday apparently because they did not have a valid work permit.
Fans however believe they were kicked out of the country for a song that pokes fun at President Robert Mugabe for allegedly running the country down and urging him to become the hero he used to be by relinquishing the Presidency.
In a statement yesterday, HIFA said other government ministries and departments were surprised at the denial of entry for the group as “everything was done above board”, adding they are working at modalities to bring the well-travelled group back to Harare in the near future.
“HIFA has not received any reason for the denial of entry of the Freshlyground. It is however confident of government departments’ capacity for common sense and professionalism,” the event organisers said.
Freshlyground was previously denied entry into Zimbabwe to perform at a concert after they released a song ‘Chicken to change’ poking fun at President Robert Mugabe, who has been in power since 1980.
Zimbabwean fans of the popular group expressed their outrage at the latest ban on Twitter, where it was also pointed out that the song ‘Chicken to change’ had received thousands of new hits on Youtube.
After being deported, the group said authorities lacked a sense of humour for denying them entry into the country.
The statement from HIFA claimed that organisers paid National Arts Council’s fees and got clearance letters with no objections raised by the authorities pertaining to the group’s coming.
“HIFA paid ZIMRA fees and received clearance letters and no objections were raised. We paid censorship fees and received censorship certificate again no objections were raised,” read the statement.
“We also paid fees for Temporary Employment Permit (TEP). We then received a letter refusing TEP for Freshlyground on 28 April. No reason was given,” the organisers said.Advertisement

“An appeal as per regulations was lodged on 29 April, no response was given. All relevant ministries indicated their support of the group’s coming.
“HIFA trusts the capacity of these departments to exhibit the same common sense and professionalism they have exhibited in the past.
“The application was valid and HIFA will again engage the relevant departments to bring Freshlyground for a show in the immediate future.”
In denying the group entry into the country, Immigration spokesperson Francis Mabika said: “The group was sent back because they did not have a valid work permit”.
“Their permit had not been processed so they could not be allowed to enter the country.”