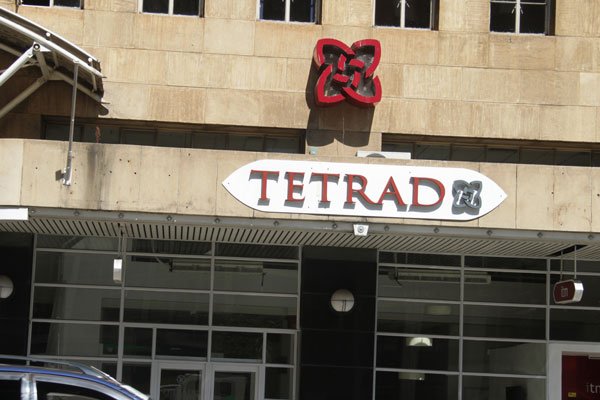 THE High Court has blocked Tetrad Investment Bank (TIB)’s crucial Extraordinary General Meeting (EGM) which was set for Friday morning after one of the directors, Dimitrios Divaris, made an urgent chamber application seeking an interdict.

The judge said if the EGM proceeded, its resolutions could be prejudicial and cause irreparable harm to Divaris and his substantial financial interests.

“The Extraordinary General Meeting (EGM) for Tetrad Investment Bank scheduled for 16th December 2022 shall not proceed and shall only proceed subject to new notices in terms of the law,” Kwenda ruled.

Divaris, the bank’s minority shareholder, made the application in his official capacity as the executor of his late mother, modelling and fashion guru Vasilliki “Kiki” Divaris.

TIB was the respondent.

The development further throws into disarray plans by the defunct bank’s board of directors, which wanted to pass a resolution to convert the financial institution with an asset portfolio of about US$13 million into a property management company.

Recently, TIB acting board chairperson Appollinaire Ndorukwigira, a prominent economist, stormed out of a preparatory meeting and subsequently resigned recently.

This had already jeopardised the bank’s EGM to discuss the future of the institution, which retains a significant residual value.

The EGM is contentious as the board wants to use it to change the bank into a property management company and entrench itself against shareholders’ will and interests.

Directors also want to remain in charge of the money-spinning property portfolio for personal benefits.

Shareholders want a new board appointed because they have not received a return on investment for eight years now.

The current management and board have not produced financials for three years, further angering shareholders.

In his resignation letter written to the board dated 5 December, Ndorukwigira said he quit because he strongly objected to the agenda of the upcoming EGM, particularly the proposal to transform the bank into a property management company.

After the resignation of Ndorukwigira, a Harare-based Burundian economist, who is ex-special adviser to the executive secretary of the African Capacity Building Foundation, the bank’s board now comprises Misheck Mpiwa Chiwayo, John Alexander Brydone Graham, Harry John Orphanides and Andre Lourence Vermaak, all Zimbabweans.

“The meeting of the board which took place on 1 December 2022 at the Pavilion, St George’s College (Harare), refers. In that meeting, I did strongly object to the proposed agenda of the Extraordinary General Meeting of the company as well as the proposed draft resolution to recommend the surrender of the banking licence and the proposed conversion of Tetrad Investment Bank into a property management company,” Ndorukwigira said.

“As the records of the meeting would show, I did oppose that draft resolution on the basis that the proposed new business orientation is based on insufficient technical and financial data demonstrating the viability of the new property management company.

The executive management has failed to produce a credible business plan that would clearly demonstrate that shareholders would be better off by adopting the property management business model. The documentation sent to shareholders does not show the type of activities to be undertaken to improve the revenues of the company, other than collection of rental income of the current property portfolio over the next five years.”

Ndorukwigira said as a result of the seemingly dodgy and self-serving proposal, he is opposed to the move to convert the bank to a property management company.

“I did oppose the draft resolution of converting TIB into a property management company because shareholders were being advised to take a critical decision regarding their investments without duly audited financial statements of the company for 2019-2021 fiscal years.

“When Mr John Graham (acting chief executive and chairman of the Tetrad Creditors Group Trust Management Committee) insisted that the board should vote on sending the EGM pack as prepared by management without any change, despite efforts of the chairman to find a workable compromise of holding an EGM to elect a new board, I walked out of the meeting.

“I was shocked to see that the executive management has gone ahead with the dispatch of a supporting document to the EGM in the name of the board without a vote of the board and also without informing the acting chairperson of the board.

“Against this background, I am tendering my resignation as director and acting chairman of the board of directors of Tetrad Investment Bank with immediate effect.”

“…for the record, I hereby formally advise that I am immediately withdrawing my proxy that I may have given to any person to vote on my behalf in respect of any matters relating to TIB affairs,” he said.