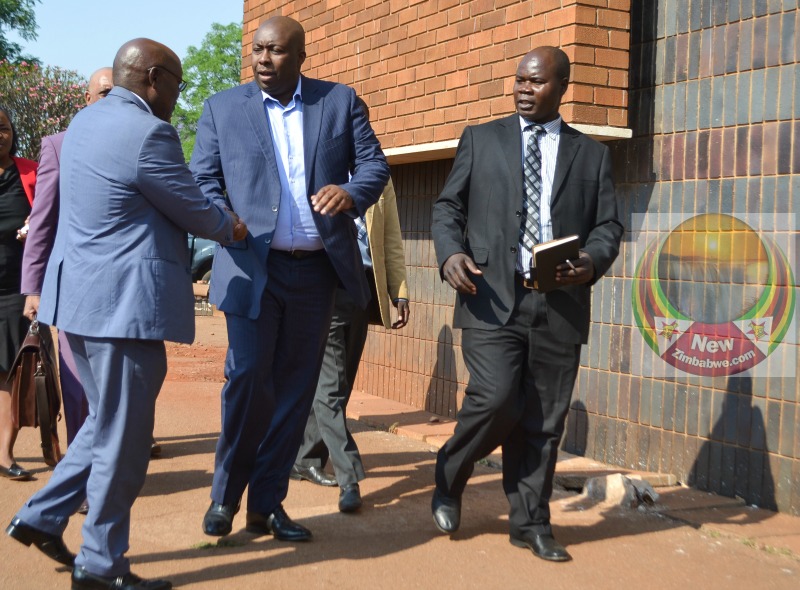 EXILED former cabinet minister, Saviour Kasukuwere’s plush Vumba home could yet go under the hammer after his efforts to save it hit a brick wall.

Kasukuwere is facing charges related to abuse of office and corruption linked to his activities when he was serving as a Cabinet Minister under former President Robert Mugabe.

However, the former Local Government Minister “skipped bail” in January this year forcing the State to apply for forfeiture of his house that he used as surety.

Kasukuwere then filed an urgent chamber application seeking to bar any state functionary from dealing with or disposing his house and that the Clerk of Court be ordered not to release the title deeds to the home in question.

“The second respondent (Magistrate Hosea Mujaya) failed to establish that the applicant (Kasukuwere) on the date that the forfeiture hearing took place,” said Kasukuwere through his lawyers, adding that the magistrate was biased against him.

But High Court Judge, Edith Mushore ruled that Kasukuwere should carry his cross since he was aware of the consequences of defaulting before she dismissed his application.

Mushore said there was not a single justification of Kasukuwere’s continuous stay in South Africa.

She also ruled that the ex-minister even failed to support his claim that he was suffering from a heart disease before she labelled him a “fugitive.”

A letter from South African specialist dated January 14 2019 shows Kasukuwere was diagnosed as suffering from hypertension and gastric issues.

“When the applicant was granted bail by the court a quo (magistrate court), the applicant entered into a contract with the State upon which he paid for his liberty and furnished securities under the understanding that his default to abide (by) the terms of the court would have negative consequences on his sureties to the extent that they could be forfeited by the State.

“It is my view that the applicant has misconstrued the purpose behind the relevant provisions surrounding the issue in the Criminal Procedure and Evidence Act (CPEA)…It is common cause that he surrendered his Vumba home. He should have appreciated risks involved in the event of his failure to attend court,” Justice Mushore said.

Following the default on January 17 this year, a warrant of arrest was issued against him but Kasukuwere has not shown up. Justice Mushore said the State was within its rights to forfeit bail.

“By defaulting in appearing applicant exposed himself to having his bail being violated entirely. The applicant’s contentions that the court a quo erred in not hearing him before ordering that his property be forfeited are therefore imprudent,” she said.

The judge ruled that the conduct of the former Cabinet Minister’s lawyers also weighed against him after they also failed to appear in court only to turn up when the State sought an order for forfeiture of bail.

Mushore said Kasukuwere is not special.

“Applicant must be disabused from the notion that he is exempted from the consequences of his non-attendance at a court appointed the date and time. His expectation to be given special treatment was entirely presumptuous,” Justice Mushore added.

After looking at all the evidence before the court, Mushore said it was clear that Kasukuwere willfully bunked court.

“It cannot be put any other way. Further there is cause to view his as being a fugitive from justice because of the warrant for his arrest still being existent. Applicant has thus failed to honour his commitment to the conditions for his liberty.

“The applicant is dictating his own terms as to when he feels he is likely to return to Zimbabwe to present himself to the court. He is doing that to his peril,” the High Court Judge ruled.