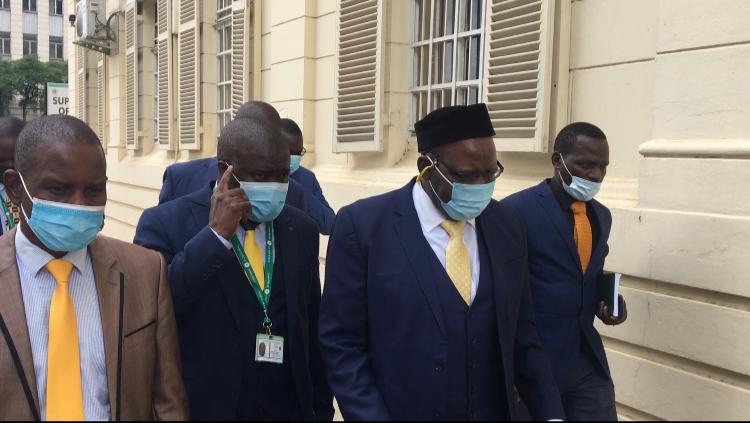 CITIZENS Coalition for Change (CCC) lawmakers have been shamed after the High Court dismissed an  application in which they complained over the ban to wear neckties in parliament by the Speaker, Jacob Mudenda.

Ten Members of Parliament from the opposition approached the courts last year following the ban.

According to court documents, on 5 April 2022, Mudenda banned the legislators from wearing yellow neckties in Parliament following protests by Zanu PF legislators, who claimed that it was a CCC party symbol.

The CCC Mps were almost denied entry into Parliament on two occasions, and only gained access after they caused a commotion and bulldozed their way in.

The conflicts took place after the MPs took oath following their election into parliament.

Mudenda later made a ruling that no MP was allowed to wear their party colours in parliament, prompting the gang to approach the courts.

The judge ruled Mudenda was right in putting the MPs in line.

He denied that Mudenda had discriminated them.

“The applicants are the ones who started the whole matter when they, as a group of members of CCC, made their minds to, and did actually wear yellow neckties.

“If they had not done so, this application would not have been born,” said the judge.

“In wearing the yellow neck ties as a group which hails from the CCC, they made the statement which distinguished them from other members who sit with them in Parliament.”

He said the MPs misbehaved.

“The applicants’ gate-crashing into the August House on the following day of the Parliament’s sitting only goes to show their unruly conduct in which they acted in a dishonorable manner, which was/is not befitting of Honorable members.

“By their own statement, the applicants discriminated themselves against other members of Parliament,” said the judge.

“The applicants cannot have their cake and eat it too. They cannot move to distinguish themselves from other members of Parliament as they did and claim, in the same breadth, that the Speaker’s decision weighs heavily against them.

“They are either uniform Members of Parliament or they are not, in which case they refuse to remain in the membership of the August House.”

The judge then attacked Biti and his colleagues for trying to turn Parliament into a political ground.

He also said the group tried to fool the court by submitting an application for review under the guise of a constitutional application.

“Parliament, as the speaker correctly asserts, is not a gathering of political parties. It is a public institution which the applicants and other Members of the House should regard as such.

“It should not therefore be turned into a political animal which it is not. Its dignity should be observed by all and sundry.

“The applicants cannot have their cake and eat it. They either have it with them or they have eaten it,” said the judge.

“The applicants knew and do know that theirs is an application for review. They also knew that they could not review the decision of the speaker outside the eight weeks which were stipulated in the rules of the court,” he said before throwing out the application.