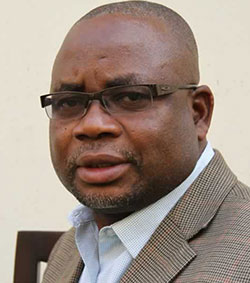 AN urgent chamber application has been filed at the Harare High Court challenging the decision to nullify the results of last November’s O-Level English exam and ordering a resit of a paper affected by cheating.
Primary and secondary education minister last week Paul Mavhima announced that Paper 11 of the 2017 Zimsec English exam would be retaken on February 16 after widespread cheating last November.
However, the decision has now been challenged by two students through their parents – Victor Mukomera (Cornelius Hope Academy and Chingasiyeni Govhati (Goromonzi High School).
Zimbabwe lawyers for Human Rights (ZLHR) is represented the students who are arguing that the re-sit decision was “unreasonable, unnecessary, far reaching in its inconvenience and effects”.
They add that “there are better, more effective, less destructive, less disruptive and less costly ways to remedy the examination fraud detected and ensure the integrity of the examination system”.
In papers before the court, ZIMSEC is citied as the 1st Respondent and the Minister of Primary and Secondary Education as the 2nd Respondent.
The parents further contend that the 8 days set aside for students to prepare for the re-sit “is inadequate and unduly constraining”.
“Examination took time to prepare and students do not have the same access to resources to study and prepare for these examinations as they are out of school facilities,” reads the petition.
“Students are in different locations across the world and students are not on the same plane in terms of time and available for them to prepare factoring in travel arrangements and travel time for the students in various parts of the world to get to their examination centres.
“Since the culprits have been identified that there is already remedial action taken against the offenders, then all students and parents cannot be burdened to bear the unlawful and unethical act of few identified individuals.
“If the culprits have already been identified and the law is already taking its course, it becomes unclear as to why the examination board would want to proceed and nullify the results of thousands of other candidates affecting thousands of innocent, hardworking and honest students in the process.”
The petition adds; “It is not clear why remedial action was not taken timeously and instantly upon realising the cheating or even the potential for cheating.Advertisement

“The costs attached to this kind of action, and the rationality and reasonableness of this decision alone does not withstand scrutiny.
“The Respondents failed to do anything when they were required and called upon to do so on being aware of allegations of cheating.”