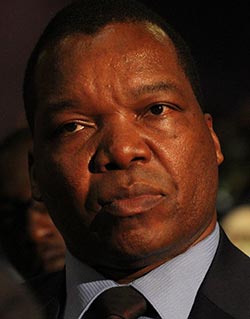 MEDIA analysts this week said the revelation by Reserve Bank of Zimbabwe (RBZ) Governor, John Mangudya that Zimbabweans were spending more than $200 million on DStv subscriptions spoke volumes about the quality of television products as well as media pluralism and diversity in the country.
In his 2017 Monetary Policy last week, Mangudya noted that DStv subscriptions and card payments were only second to fuel procurement in terms of foreign currency spent on Nostro accounts, with US$206.66 million used between July and December 2016.
The central bank governor said this was much more than what the country spent on procurement of raw materials for the manufacturing sector, machinery and telecoms equipment.
Media analysts who spoke to NewZimbabwe.com said this had exposed the poor television content that the Zimbabwe Broadcasting Corporation (ZBC) was exposing to its viewers.
“The humongous investment in DSTV products, thus external content, reflects a huge local appetite for quality, relevant and appealing content which is lacking within Zimbabwe,” said media analyst Tawanda Majoni.
He said the revelation also showed the need for pluralism in the country’s broadcasting sector.
“It also reflects an urgent need for concrete and popular reforms in the broadcasting sector so that local consumers of news and information are given access to wide choices of broadcasting services,” he said.
Another media analyst, Rashweat Mukundu, said poor content on the local ZBC channel and politicisation of the broadcasting industry had led to the capital flight.
“If our broadcasting sector was open and free enough, all that money will be retained in Zimbabwe. Clearly government control of the media, poor content as a result of lack of competition is leading to this appetite for foreign content,” he said.
Mukundu said an open media would allow for more content production, which would result in quality productions as a result of the competition.
“This could be an export product in the line of Hollywood, Nollywood and Bollywood earning millions for Zimbabwe but our media is seen too strictly from a political angle, hence this flight of $200 million that could be used for more productive things than satellite television,” he said.Advertisement

Too much propaganda
Ordinary Zimbabweans said government needed to free the airwaves and allow other players to bring new innovations in as far as content creation was concerned.
“We cannot be forced to watch the propaganda that they churn out every day on ZTV when we can get quality entertaining and educating programmes elsewhere, like on E-TV, SABC and other stations available on Dstv,” said Batsirai Mostaff from Harare, adding government should open up airwaves.
Another Harare resident, Martha Mawire, said the reason why people resorted to DSTV was because the country only had one television station which had poor programming.
“A ZBC license is only $30 per year while a full bouquet on DStv costs more than $70 but people would rather pay for DSTV.
“That speaks a lot about then difference in content. ZTV has nothing to offer and unless they improve on their productions, money will continue to go outside the country,” she said.
Another resident who commented on social media said this was a wakeup call to ZBC that monopolies could cost the country big time.
“Free the airwaves and allow local content to express itself in its diversity and let us see whether we will continue to spend so much on imported entertainment,”.
Minister of Information and Broadcasting Services, Christopher Mushohwe, was not picking his mobile phone.