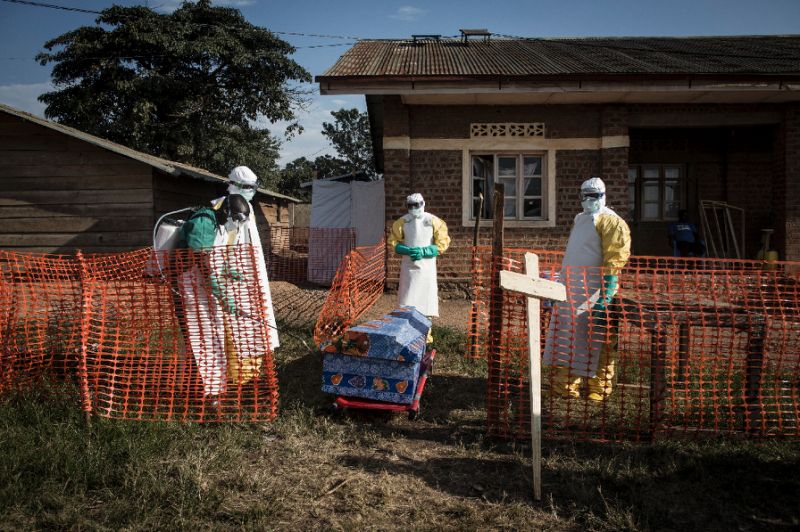 People in Ebola-hit eastern Democratic Republic of Congo are struggling to come to terms with high-security burials that are part of a hard-pressed strategy to roll back the disease.

Anyone who dies of the highly infectious haemorrhagic fever has to be buried in carefully-controlled conditions designed to minimise the risk of infection from body fluids.

But that means ceremonies are carried out in sanitised conditions, with relatives and friends kept at a distance for many, a traumatic break with traditions that demand the body of a loved-one be seen or touched.

“We’re astonished she’s being buried like this,” said Denise Kahambu as she watched the specially-prepared burial in Butembo of her 50-year-old cousin, Marie-Rose.

“They said she died of Ebola,” she said sceptically.

First declared last August, the epidemic has now claimed nearly 1 200 lives – 200 of them in May alone.

The outbreak is the second deadliest on record, after an epidemic that killed more than 11 300 people in West Africa in 2014-16.

The burial in Butembo followed strict precautions. A pick-up truck delivered the coffin to the burial site, where a grave had been prepared, as the family stood by at a distance.

Gloved Red Cross workers handled the burial, which took place in silence and without a religious ceremony.

A family member or loved one was allowed only to place a cross on the tomb, once they too had donned protective gloves.
Half a dozen police officers escorted the convoy and remained on guard throughout.

On Friday, two burial teams from the treatment centres were attacked by stone-throwing crowds at Butembo and Bunia, a little further north in Ituri province, according to the health ministry. One burial worker was injured.